Learn More About the Arts and Crafts Culture of Qatar

Know more about the Arts and Crafts Culture of Qatar!

Qatar has a rich arts and crafts tradition, from being a centre of the purple dye industry to its unique textiles, pottery, and jewellery. Experience and learn more about the best of Qatar's art and culture.

A venerated art form across the Arab world, this graceful form of writing gained popularity in part because of the rise of Islam. When transcribing the Holy Quran, scholars endeavoured to adorn the text without using figurative art. Their solution was to use an elaborate script to evoke the beauty and harmony of Allah’s creation.

A result is an art form in which the meaning of the text often owes as much to the forms created by the characters as it does to the words themselves. Examples of fine calligraphy can be seen in many forms in modern-day Qatar on paper, tiles, carpets, wall hangings and carved inscriptions. 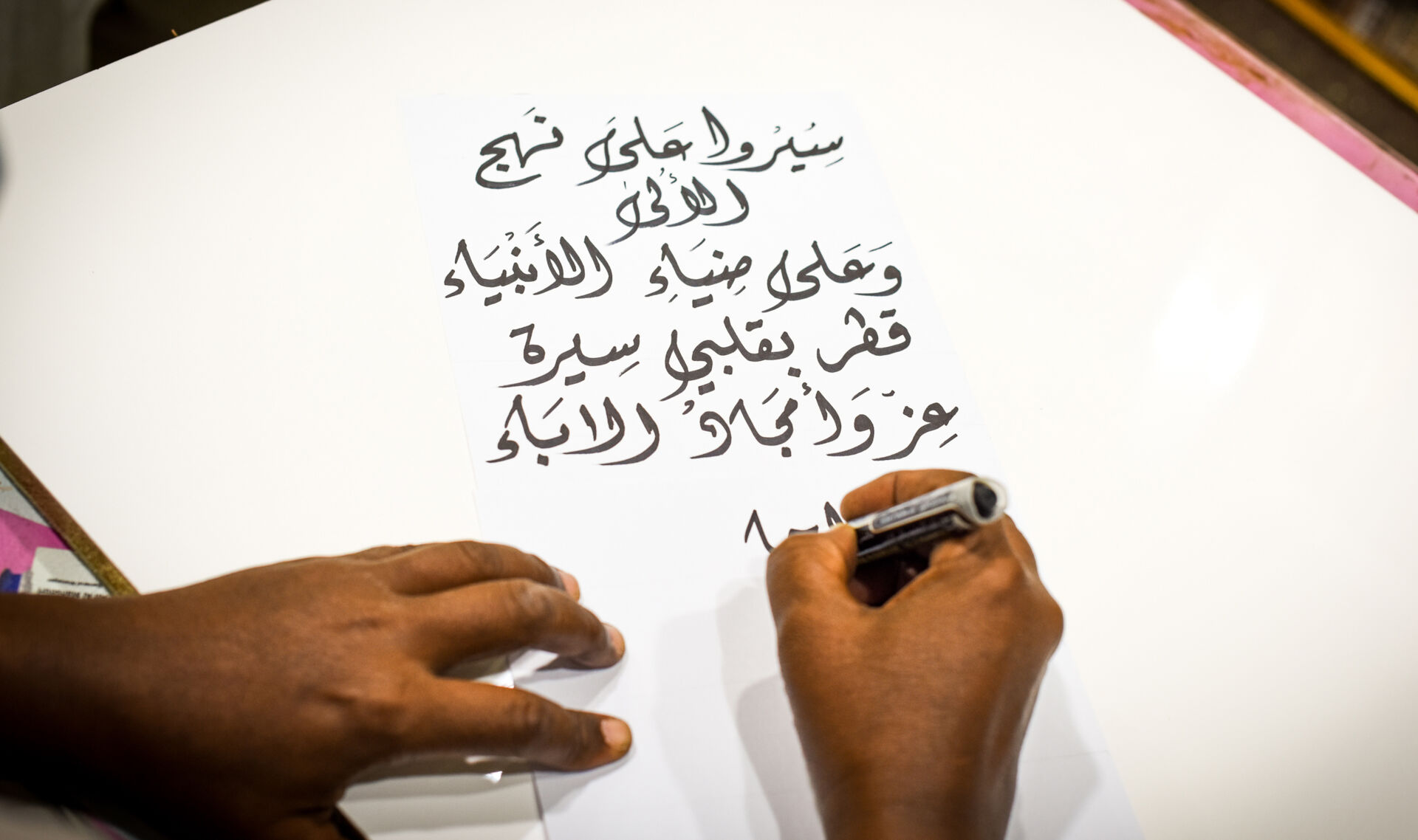 Al Khous is an ancient weaving technique using palm fronds. Entirely dependent on palm leaves secured from different areas around the Gulf, today the industry has almost ceased to exist in Qatar. Al Khous was used to make baskets, mats and other products that were used in traditional Qatari households. 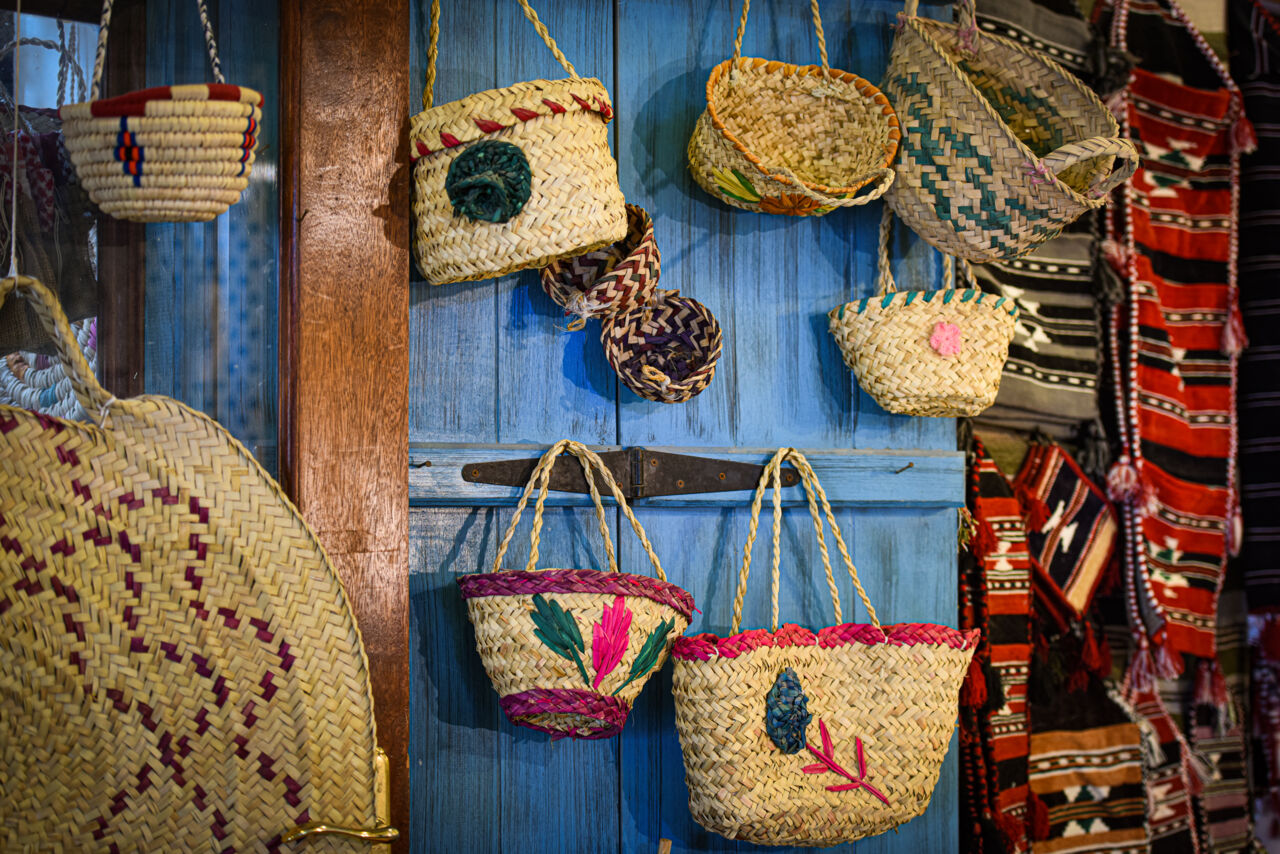 Traditional hand-spinning and weaving, Al Sadu is still practised in Qatar. Traditionally a female activity, Al Sadu is closely associated with the availability of raw materials such as sheep wool, camel and goat hair and cotton. The tools used in the spinning and knitting process are called meghzal, el nul and elmanshaza. Fabric woven using Al Sadu techniques features vibrant geometric patterns and often uses colours such as red, black and white. 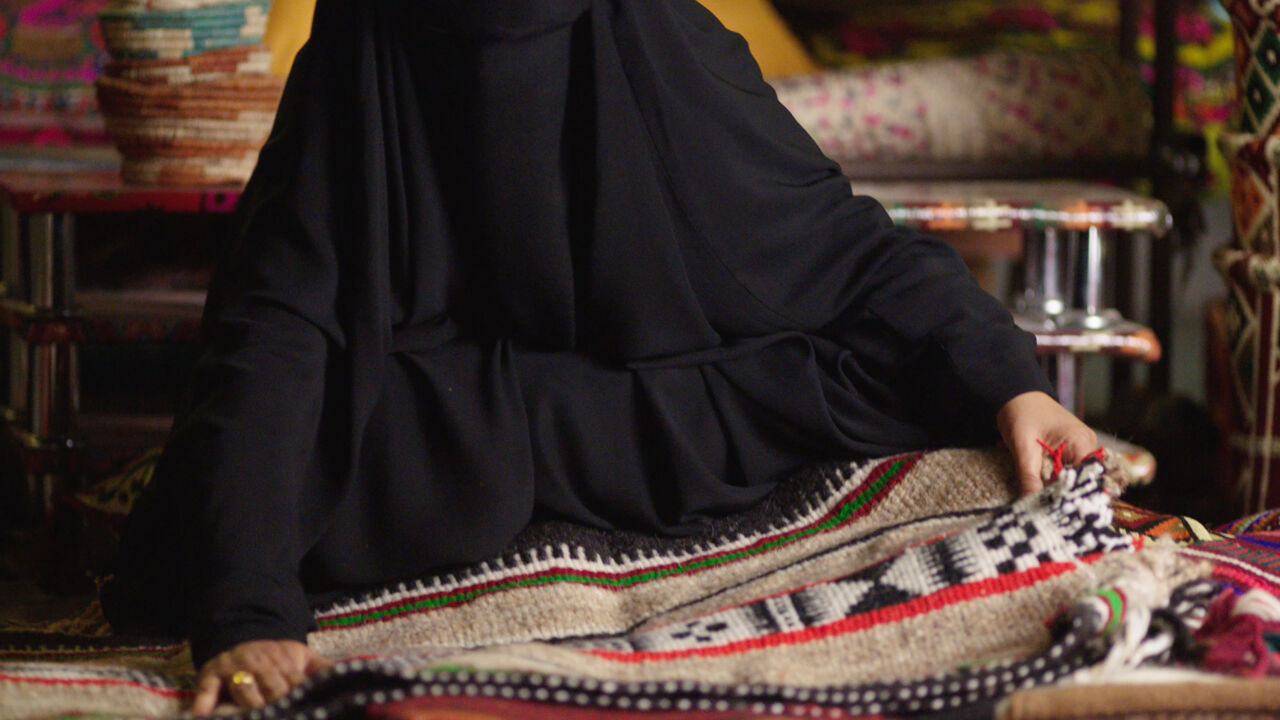 Needlework and embroidery are some of the region’s most enduring traditional handicrafts. In years past, women used to sew garments themselves as there were no tailors in Qatar.  Even in the early 1950s, there were just three tailors in the country, all of whom specialised in men’s clothing.

One of the most fascinating techniques is an-naqdah, where women’s garments and headscarves are embroidered with gold and silver threads. 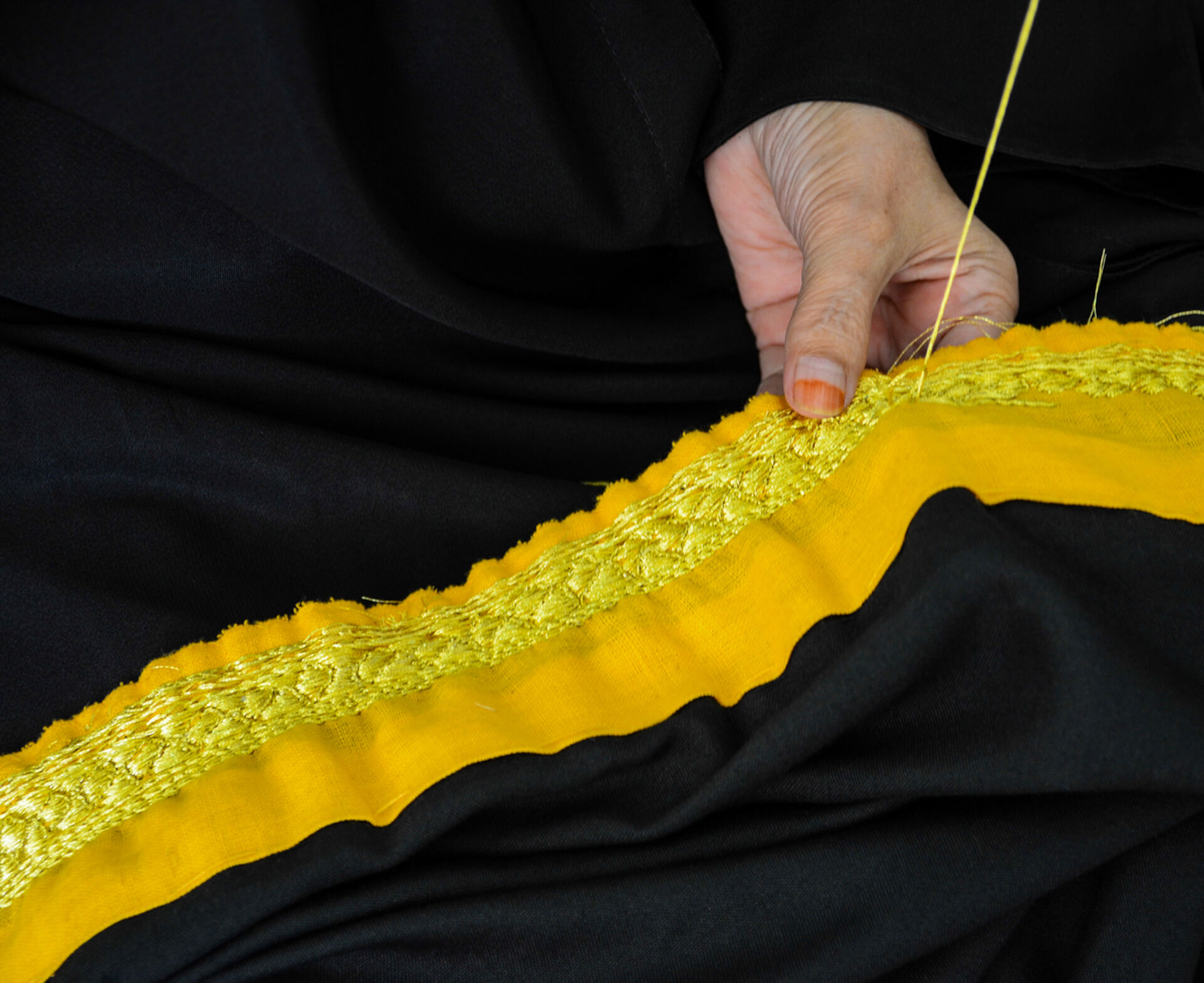 A decorative technique practised across the Gulf, gypsum is carved with abstract patterns, based on architectural and natural motifs. Produced locally, gypsum was used because of its ability to withstand extreme weather conditions.  Carved gypsum is used for decoration in palaces, mosque facades and affluent houses in Qatar. Window and door frames were also decorated with gypsum ornamentation, as well as rawashin (shelves), made within the width of walls and used to display valuable objects. Some smaller objects such as incense burners were also traditionally crafted from gypsum. 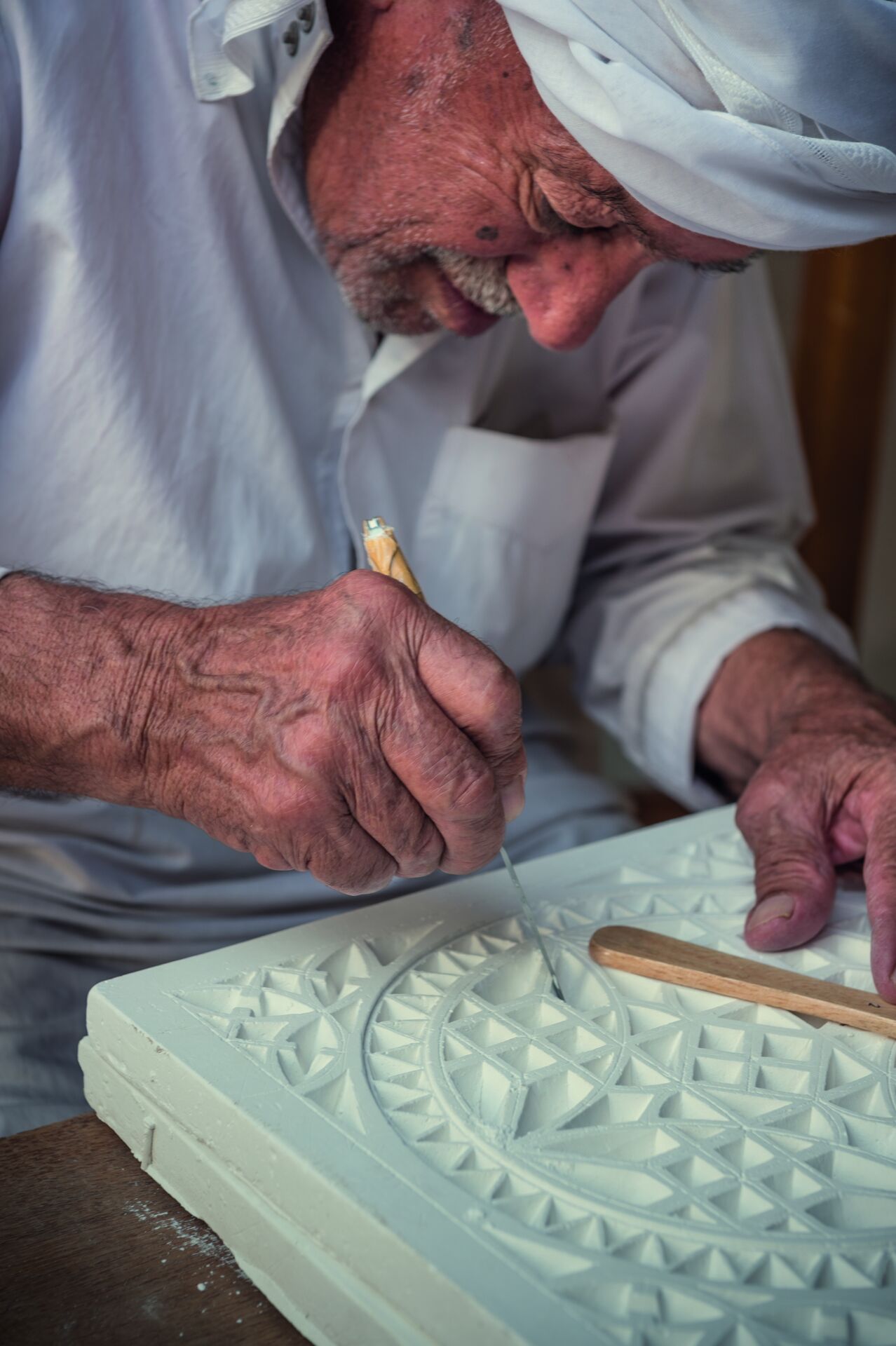 Jewellery production is one of Qatar’s oldest handicrafts, and there are several practising and well-known Qatari designers. These designers create diverse jewellery items including traditional products such as anklets, rings, earrings, bracelets, necklaces and hair ornaments. 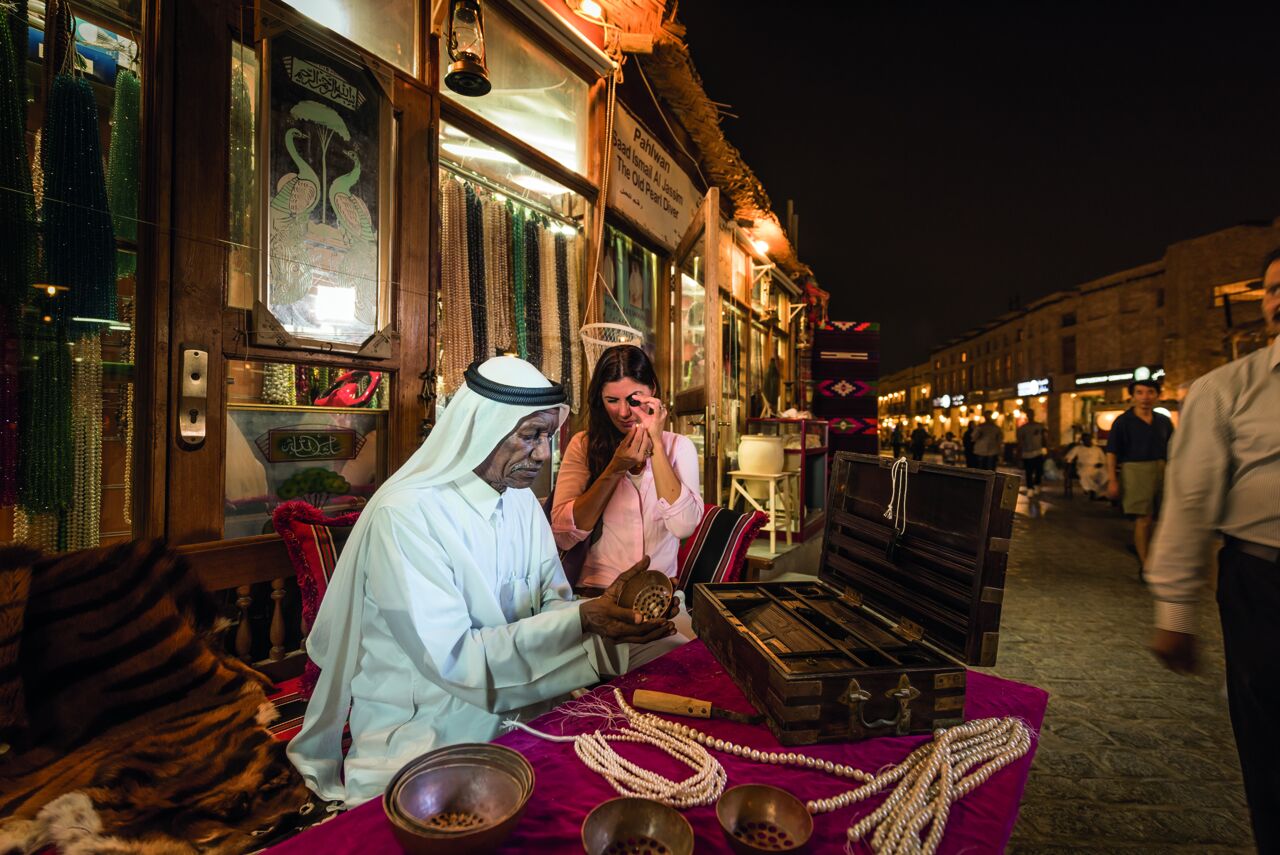 Henna, a natural reddish-brown dye derived from powdered leaves, has been used by Qatari women for cosmetic purposes for hundreds of years. It is still widely used today to decorate the skin with intricate patterns and designs, especially for occasions such as weddings and Eid celebrations. It is also used to colour and treat hair.

Men would also apply henna when pearl diving, applying it to their hands and the soles of their feet in order to condition the skin. 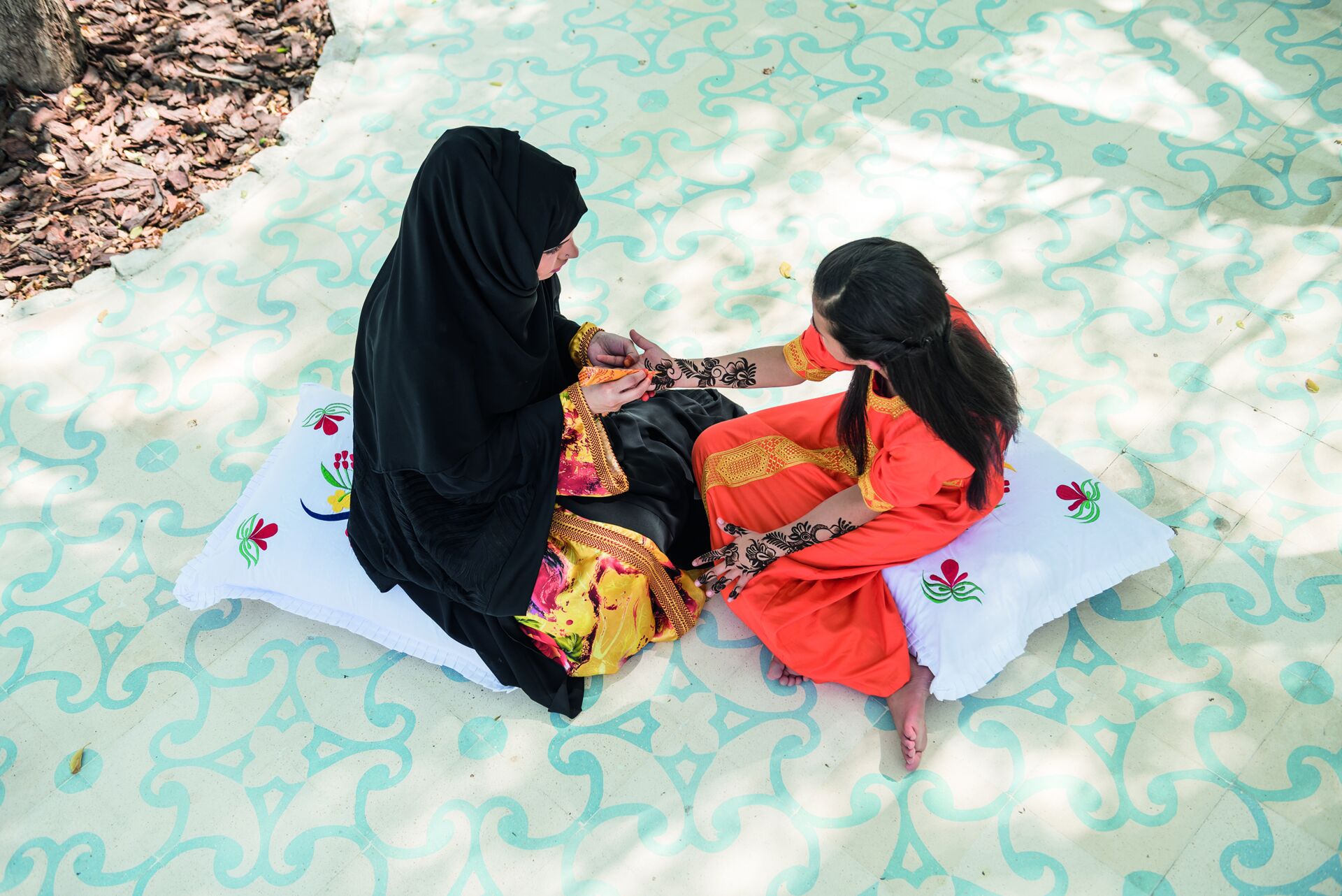 A traditional industry in Qatar, pottery was necessary for food preservation, water storage, and cooking, and had many different household uses.

Porcelain or pottery products are distinguished by the diversity of their shape and the beauty of painting and engraving and are appreciated now for their artistry as much as their use. Examples include juhla, a vessel used for food storage, buq or qursha, used for cooling water and burma, a cooking pot. 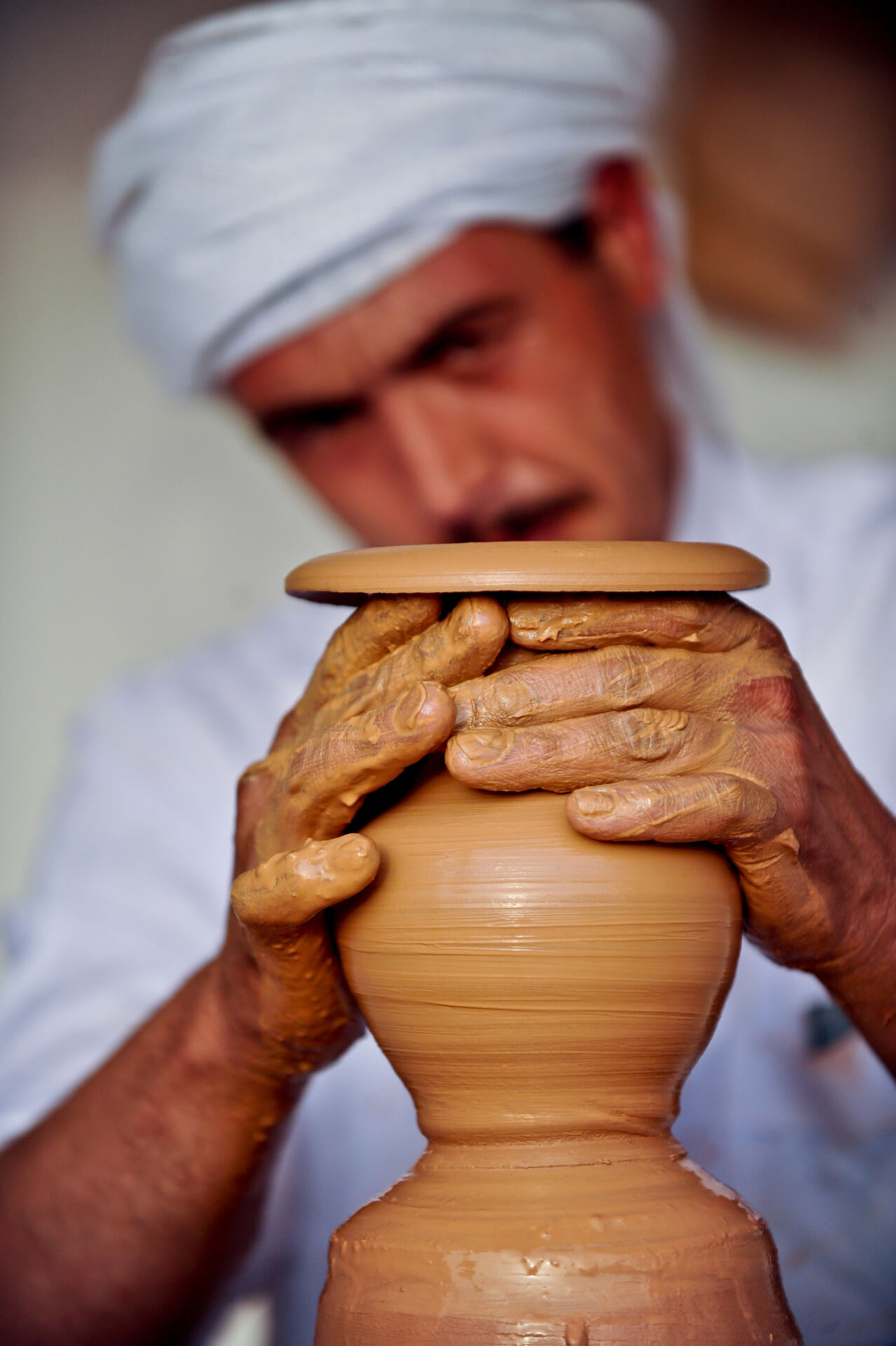 Traditional music instruments include tambourines, cymbals and large drums known as al-Mirwass, as well as string instruments such as oud and rababa. The Ardha dance is the most popular traditional dance in Qatar, with men and boys carrying canes or decorative swords facing each other in two rows.  The dance was performed by warriors before battle and remains part of Qatar’s culture, enacted during Qatar National Day, at banquets and celebrations and other special events. 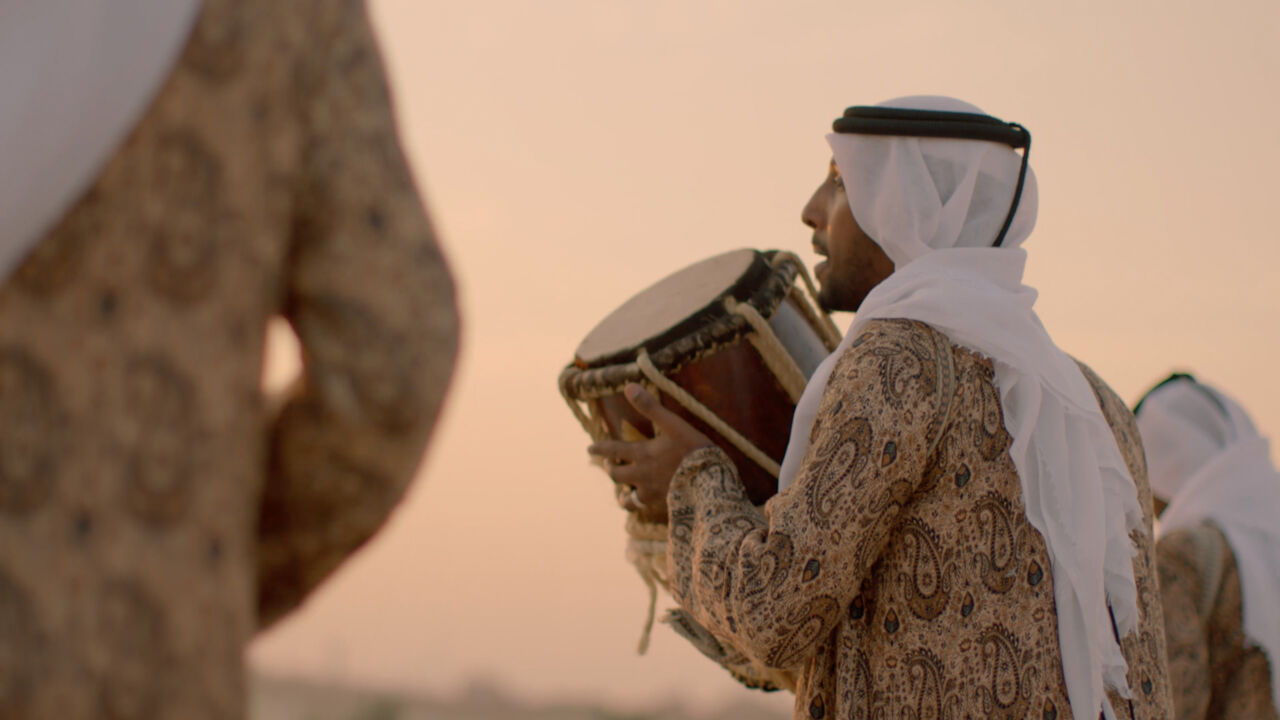