US Military taking control of the airport in Kabul, Afghanistan, as chaos continues

People in Afghanistan crowd at the airport as US soldiers stand guard in Kabul on August 16.

A U.S. official told Reuters that U.S. troops have fired shots into the air to prevent civilians from running onto the tarmac at Hamid Karzai International Airport in Kabul.

"The crowd was out of control. The firing was only done to defuse the chaos" and prevent the crowd from storming the runway," the official told Reuters. 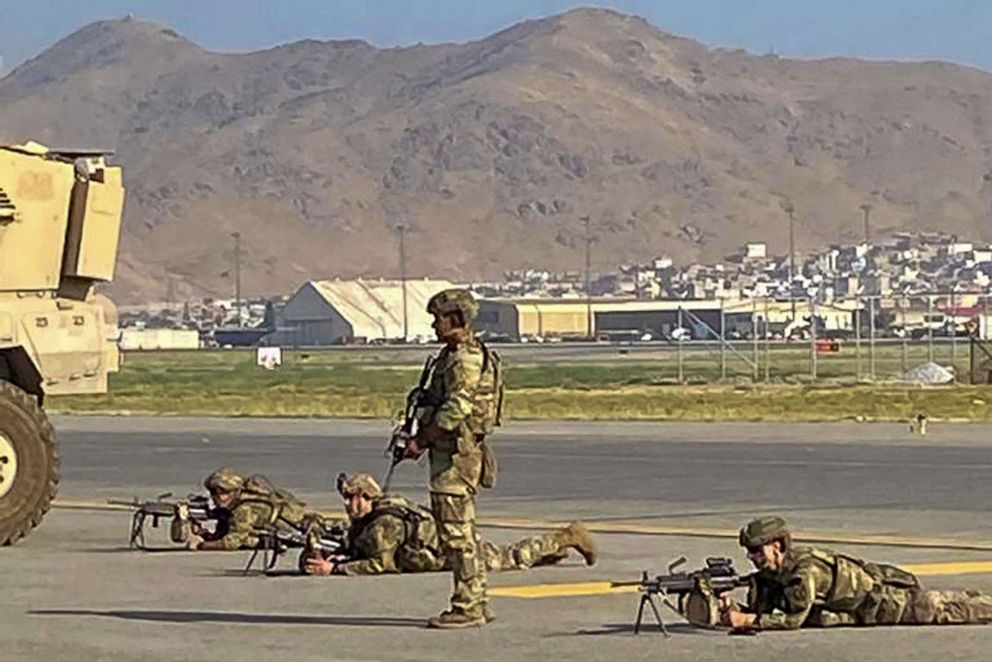 U.S. troops have reportedly established large barriers and roadblocks on the streets near the airport in an effort to both slow and control the fleeing population.

Leaders around the globe have responded to the Taliban takeover of Afghanistan.

British Defense Secretary Ben Wallace was speaking about the race against time to evacuate Brits and Afghans who helped the military when he became overcome with emotion after saying that some people who served the U.K. will not come back.

When asked in an interview with British radio station LBC why he was taking it so personally, he said, "Because I'm a soldier. It's sad, and the West has done what it's done, and we have to do our very best to get people out and stand by our obligations."

Russia’s top envoy on Afghanistan has said Moscow will not rush to recognize the Taliban as the country’s new government.

But the envoy, Zamir Kabulov who oversees Russia’s Afghan policy, said in a radio interview with Echo of Moscow the Taliban had learned its lesson from 20 years ago when the world moved against them as terrorists.

He said the Taliban had promised no Russians would be harmed and that the group’s fighters have now taken Russia’s embassy under protection in Kabul. Russia has not evacuated its embassy so far, though it has pulled out some staff. 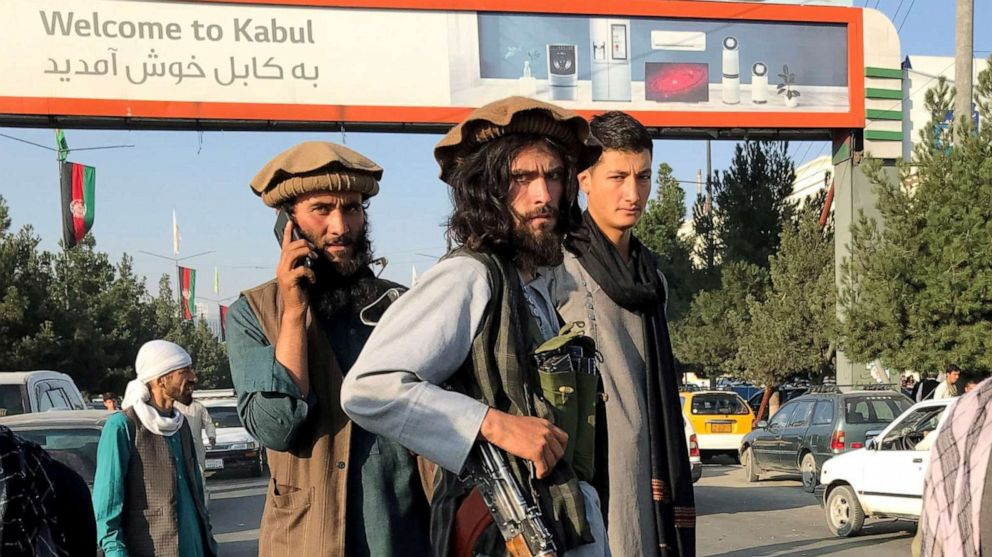 Spokesperson Hua Chunying noted that the Taliban said Sunday that the "war in Afghanistan is over" and that they will work to establish an inclusive government and ensure the safety of foreign missions in Afghanistan. Chunying said China expects these statements to be implemented in order to ensure a smooth transition and curb terrorist and criminal acts, so the Afghan people can avoid war and rebuild their country.

China has been wanting to expand their Belt and Road infrastructure initiative into Afghanistan but the U.S.-backed government had been reluctant to commit. China is connected to Afghanistan by a sliver of land called the Wakhan Corridor, which has historically been a well-traveled trade route. It connects to China's Xinjiang region, and if it were opened, it would provide a better route from Kashgar, China, to Peshawar, Pakistan.