The Benefits of GPS Fleet Tracking

The Middle East and North Africa region is characterized by deserts, harsh climates, and unique ethnic and religious heritage. The cultural and natural geography of the Middle East and North Africa region makes it one of the most dynamic tourism regions in the Mediterranean Basin. It is home to harsh natural environments and urban and architectural heritage. Together, these assets create a region of an unmistakable tourist attraction.

At the same time, the MENA region is blessed with rich resources that attract a wide range of types of tourism and suffers from problems that not only challenge tourism development, within the broader concepts of geopolitics, heritage diversity, environmental difficulties and emerging opportunities there are some opportunities and challenges that affect tourism in the region. 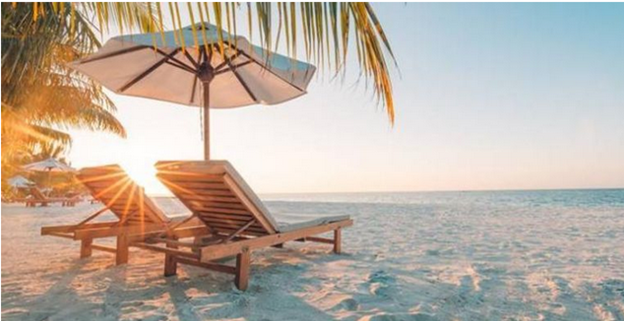 Perhaps the most prominent thing related to tourism in the Middle East and North Africa is the security landscape that affects the growth and development of tourism more than any other force. To revitalize tourism for economic development.
Conflicts in many countries have led to other outcomes related to tourism, for example: the Middle East wars, particularly those in Iraq and Syria, were particularly devastating to the cultural heritage of the region, many ancient monuments were deliberately targeted by extremists for their destruction and museums and historical sites were looted. On a large scale, artifacts were illegally sold to fund the war Many other sites were destroyed due to unintended war casualties Many ancient heritage landscapes in the Middle East were irreparably destroyed, costing not only important historical records but It also costs the future livelihoods of people who previously depended on tourism.

Another consequence of the conflicts in the Middle East is the development of unusual types of tourism, an example is the adventurous tourists who visit the previously mentioned active war zones, this type of tourism is referred to as "solidarity tourism."

Some countries have adopted extensive tourism recovery efforts to re-upgrade tourism for economic development, Tunisia and Egypt have made great strides in recovery marketing to rebrand them as burgeoning destinations that can now be visited safely.

The Middle East and North Africa region, which largely includes the Arabian Peninsula, has some of the fastest growing economies in the world and is remarkably unique, sharing similar associations and ties, the most important of which are: tribal history, royal kinship, political associations, Bedouin cultural roots, Islamic heritage, rapid urbanization, and wealth Oil, rentier dynamics, state capital structures, migrant workers, economic diversification policies and institutional restructuring.
The cultural heritage is the core of tourism in the Middle East and North Africa, the region is rich in living and moral culture and ancient monuments of large urban areas and colonial architecture and rural communities, this has recently rebounded sites and which offer rent a car services and flights.

Despite its history of disharmony and contention, the region's colonial legacy has mixed British, French, Ottoman, Spanish and even Italian influences with Arab architectural, culinary, administrative and ceremonial traditions that have contributed to creating a unique cultural landscape that highlights much of the Middle East and North Africa.

The region is home to ancient ruins and world-class archaeological sites, many of which are inscribed on the UNESCO World Heritage List and reflect the hallmarks of successive empires that ruled North Africa and the Levant. And the dance, the traditions of handicrafts, the nomads, the social networks and the instinctive “Arab hospitality” that became known all over the world.

Due to the vast arid environments of the region and the lack of water resources, the majority of countries in the MENA region have highly urbanized populations. Cities have become centers of tourism, not only as gateways to individual countries through the massive development of huge airports, but also as crucibles for trade, business and leisure tourism. The ancient cities of the Middle East and North Africa still exude an aura of mystery and an “oriental otherness,” which appeals to many people in terms of adventure and romance.

The most important form of heritage tourism for the region as a whole is religious tourism or Hajj and Umrah in Saudi Arabia. The Middle East is also a site of the three Abrahamic religions (Christianity, Islam and Judaism), and is a major destination for many people in the world.

Saudi Arabia is home to the Grand Mosque in Mecca, the holiest site in the world for Muslims, where approximately 2.5 million people gather each year during Hajj to perform Hajj and Umrah. There is also the Prophet’s Mosque in Medina, Saudi Arabia, and in Jerusalem is the Al-Aqsa Mosque.

Growth in visitors to the Middle East

In 2018, visitor arrivals to the Middle East grew by 4.8%, showing a decrease compared to 8% in 2014, and in 2020 it was expected to drop sharply by 74% due to the spread of the Covid-19 pandemic worldwide and the measures associated with closures.

Tourism is one of the main pillars on which the economies of the Middle East and North Africa depend, and efforts to diversify their oil-based economies have given more importance to the tourism industry. Tourism in the region includes business tourism, leisure, health, religious and cultural tourism, and shopping tourism, and Morocco is a leading country in tourism Therapeutic in 2015 with about 2.5 million visitors.

The Emirate of Dubai in the United Arab Emirates recorded the highest value of international tourism revenues with more than 21 billion US dollars in 2018, and the total value of the entire MENA region was 73 billion US dollars, the contribution of the industry to the labor market in the Middle East was expected to reach and North Africa to 7.2 million jobs by 2028, however, in 2020 the Coronavirus pandemic affected the travel and tourism sector significantly, more than 60% of business owners in the GCC reported that year their business was affected by travel difficulties and restrictions.