The human stories behind emoji designs

You may not think much about the emoji you use to text every day but there are compelling human stories behind them.

"My father's music is message music, to uplift the world from its slumbering mentality," says reggae musician Andrew Tosh, speaking from his home in Kingston, Jamaica.

His father, Peter Tosh, was one of the three founding members of the 1960s band The Wailers, along with Bob Marley and Bunny Wailer.

Peter Tosh's story doesn't end happily; he was murdered in a horrific attack in the 1980s, but he left both a musical and a political legacy.

And if you open your emoji keyboard and search for "levitating", you will find a tiny picture of a man dressed in a dapper black suit, hat and shades.

That is Peter Tosh.

Niambe McIntosh, Peter Tosh's daughter, looks after his estate. She says her father's legacy is about justice and human rights, and she's proud to continue his work.

"He didn't just want people to dance; he wanted them to dance to their own (political) awakening."

Listen to Arise Black Man: The Peter Tosh Story
Reggae music to be protected by the UN
She laughs in surprise when she learns her father is immortalised in an emoji. 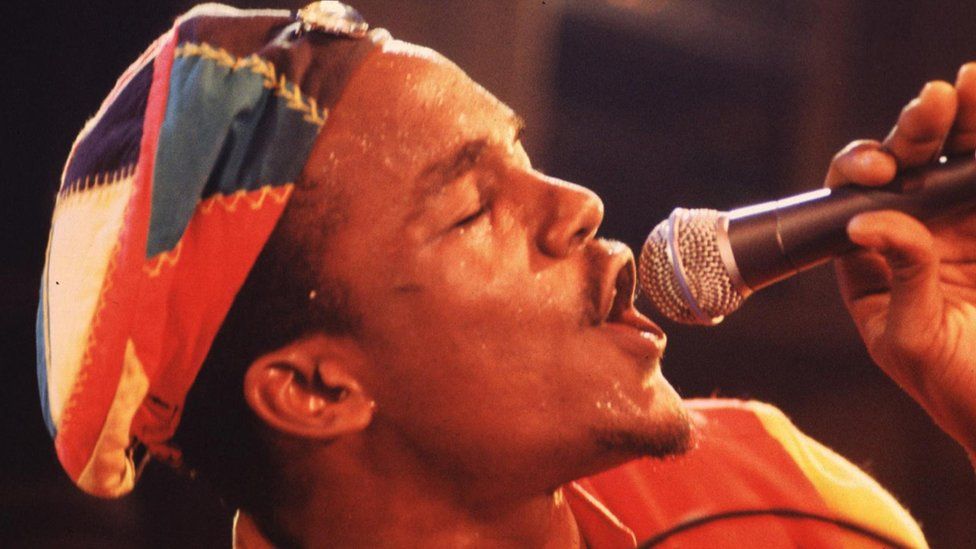 Andrew Tosh, pictured, didn't know there was an emoji based on his father. GETTY IMAGES

"I did not know that… but I do know that picture it's based on, of Bob, Bunny and my Dad in suits, and my Dad stands really tall."

It was a surprise to her brother Andrew too. "Oh cool!" he says. "I actually know that picture. The young version of Peter Tosh."

So how did a reggae legend end up as an emoji?

Web(dings) History
It's a story which takes us from Kingston, Jamaica, to rainy Seattle in the United States; specifically, to the Microsoft headquarters in the mid-1990s.

Back then, the personal computer revolution was just beginning, and typographer Vincent Connaire was working on new fonts.

Among the scripts he designed was Webdings; a picture-based font which was intended to be used on early webpages.

Mr Connaire is a real music fan, particularly ska. One of his favourite bands is the English ska revival band The Specials. Their label, 2 Tone Records, had a logo based on an early image of The Wailers. 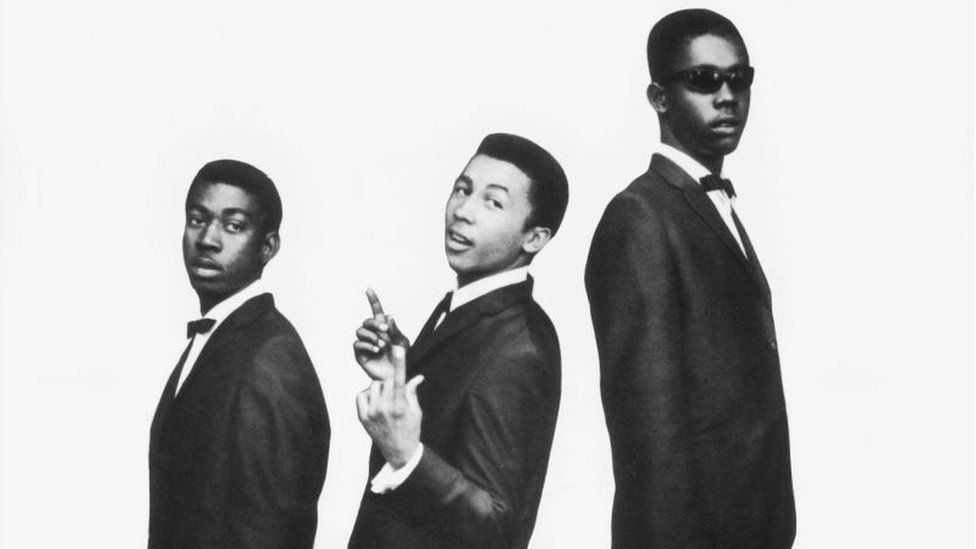 In the photo, Peter Tosh stands back-to-back with Bob Marley, staring out of the frame in a dark suit, bow tie and sunglasses. The 2 Tone Records designer took that image as inspiration.

And it's that logo that was adapted by Mr Connaire two decades later for Webdings.

In his version, the suited man is jumping; or more precisely pogoing - popular among Specials fans -and it was intended to represent the "jump" from one page to another.

Years later, many Webdings symbols were encoded as emoji and released on every single smartphone and technology platform in the world. 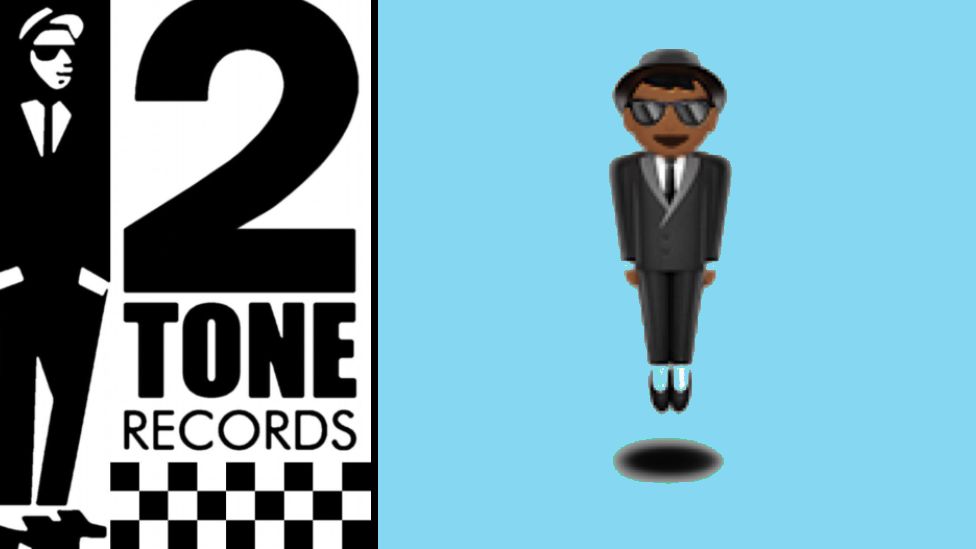 The 2 Tone Records logo was based on Peter Tosh - and it in turn became the levitating emoji. 2 TONE RECORDS

Mr Connaire drew many of our other symbols.

"We just looked around and drew what we saw," he says, sounding surprised by the enduring legacy his designs have had.

"The boom box was my boom box. The mountain symbol was Mount Rainier (near Seattle). It makes me proud to realise that we were a part of something special."

Emoji memories
Emoji are approved and added to the official set by Unicode, a Silicon-Valley-based group.

For Yiying Lu and others like her, there's something special about being included.

She's a Shanghai-born designer who has had several proposals added to the official keyboard. The dumpling, chopsticks, fortune cookie, takeaway box and bubble or boba tea are hers, and reflect part of her identity as a Chinese woman living in the US. 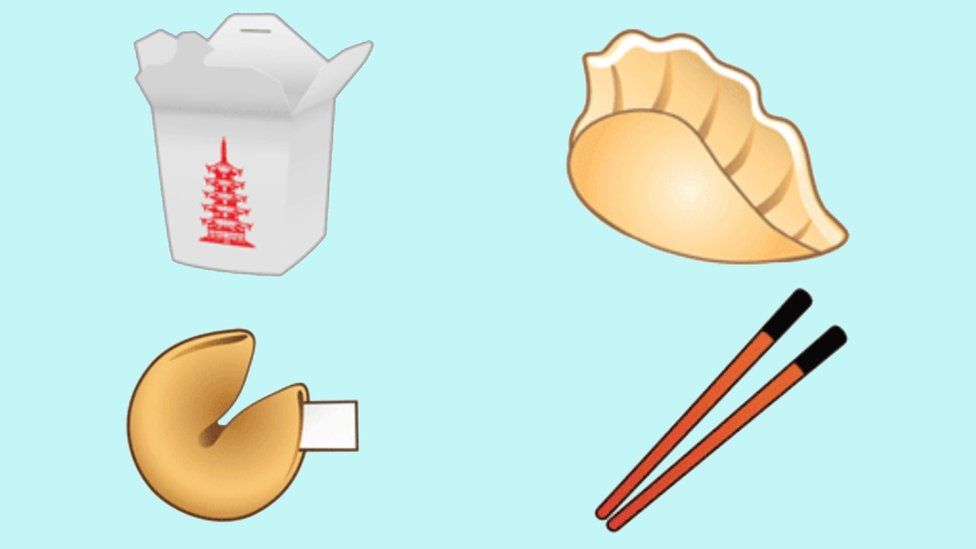 Yiying Lu designed several emoji that have been added to the official list. YIYING LU

She's passionate about exploring the meanings of symbols and broadening people's cultural horizons, and she proudly tells us about her connection to the San Francisco Chinatown community.

But the most meaningful emoji Yiying has worked on is not a reference to her culture's food.

A few years ago at an emoji conference, she met Irene Cho, a Korean-American marketing executive and podcast host in San Francisco. Irene worked in Hollywood and for a trendy restaurant chain, Burma Love. The pair hit it off immediately.

The Burma Love restaurant was decorated with peacock motifs and Yiying wondered why. 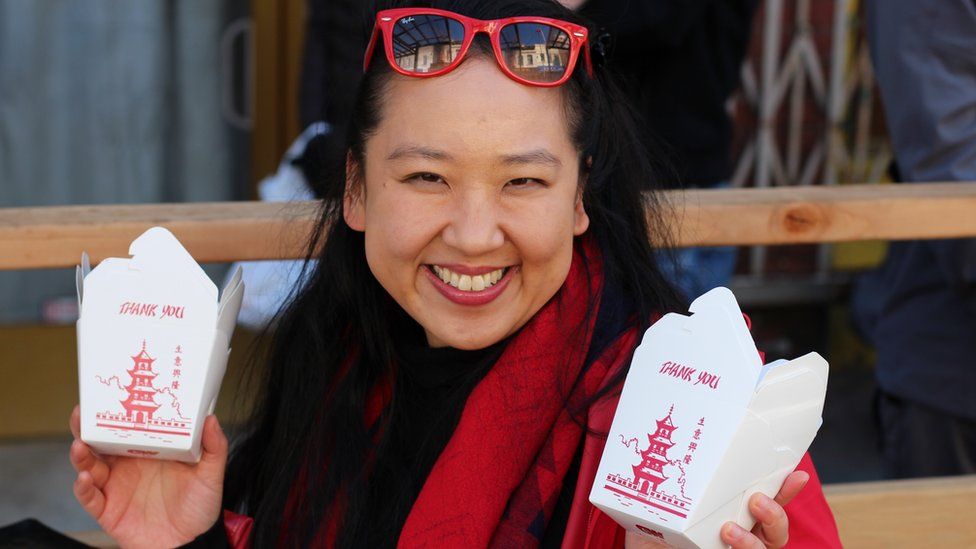 The takeaway box is just one of designer Yiying Lu's emoji designs.

After discovering the peacock is highly symbolic in Burmese culture, the pair decided to propose a peacock emoji some day. But the conference, and that year's proposal window, was ending the next day.

The pair decided to pull an all-nighter. Yiying worked on the artistic design and Irene the written proposal. They submitted the peacock emoji minutes before the application window closed. 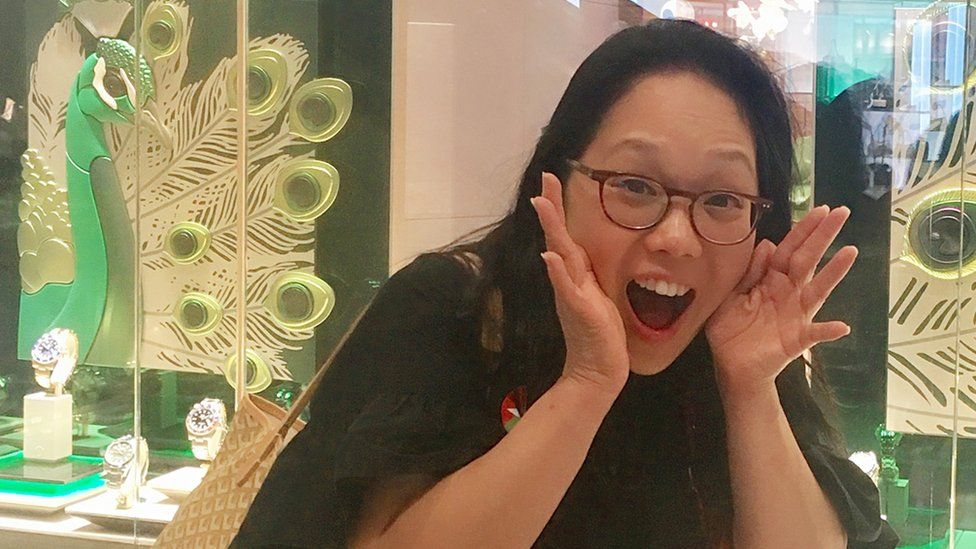 A few months later, Unicode announced the peacock emoji had made the shortlist. When Yiying contacted Irene to share the good news, she received no reply.

"I was texting her saying, 'Hey, wow! It's happening!' but I didn't hear anything from her."

About a year later, Yiying saw a stand for the restaurant chain at a San Francisco event, and she asked after Irene.

Tragically, Irene had died suddenly from a stroke caused by moyamoya disease, a condition she'd had for some time. Her death came as a shock to her family and friends as she was getting ready to travel to Burma.

It happened the same month the emoji was shortlisted. Many of Irene's friends weren't aware she had proposed an emoji at all. 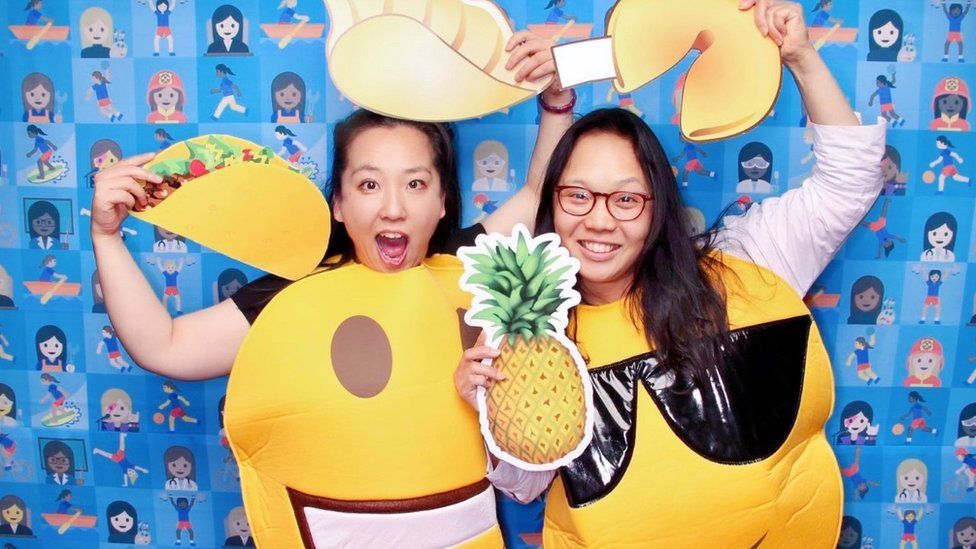 "It's a little nod from heaven" says Brook Lee, a former Miss Universe and close friend of Irene's, when we tell her that the little peacock in her phone was the work of her friend.

Emoji may seem to be simple symbols or a fun way to brighten up messages, but for Brook, Yiying and many others, they are so much more.

"Irene would for sure be proud," says Brook. "Representation matters. Things that help you see that you are being seen, matter." 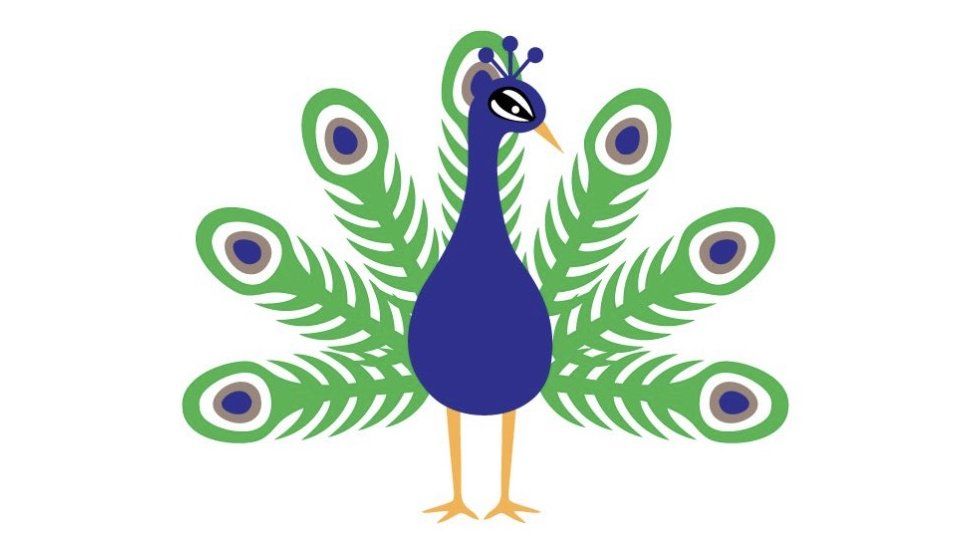 Yiying agrees. "I'm really glad to have been able to share the story with you," she smiles, fondly remembering her friend.