North Korea appears to have reactivated a nuclear reactor

North Korea seems to be ramping up its nuclear arsenal by restarting a reactor that's been inactive for years, UN says 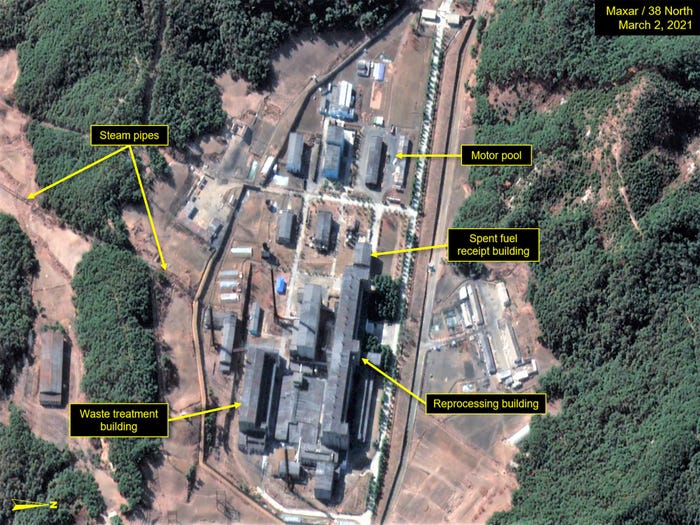 North Korea appears to have reactivated a plutonium-producing reactor at Yongbyon that's been inactive since December 2018, The Wall Street Journal reported.

In an annual report, the International Atomic Energy Agency said the reactor appears to have been reactivated in July.

"Since early July, there have been indications, including the discharge of cooling water, consistent with the operation of the reactor," the report said, according to the Journal.

The Journal reported that the report said the agency found the activity at the plant "deeply troubling" and that there are also indications that a nearby laboratory is being used to separate plutonium from spent fuel that's been removed from the reactor.

North Korea expelled the agency's inspectors from the country in 2009.

Gary Samore, Director of the Crown Center for Middle East Studies at Brandeis University, told the Journal that the reactivation of the Yongbyon reactor seems to show that the country is ramping up its nuclear weapons program.

Earlier this month, Kim Yo Jong, the sister of North Korean leader Kim Jong Un, threatened to strengthen the country's military in response to joint military exercises between the US and South Korea.

"The dangerous war exercises pushed ahead by the US and the South Korean side disregardful of our repeated warnings will surely make them face more serious security threat," she said in a statement.

In May, the country also sent a warning to President Joe Biden after he said nuclear programs in North Korea and Iran "present a serious threat to America's security and world security."

Joel Wit, a former State Department official, told the Journal that reopening on the Yongbyon reactor indicates that "North Korea's nuclear weapons program can't be ignored and needs to be a higher priority for the Biden administration."

The IAEA did not respond to Insider's request for comment at the time of publication.