Within the expressway program, Public Works Authority ‘Ashghal’ has started construction works on the project of Mebaireek Interchange and upgrading of Khalid Bin Ahmed Interchange, known as Industrial Intersection on Salwa Road.

The project aims to enhance traffic flow on Salwa Road for commuters heading to Industrial Area and the surrounding areas such as Ain Khaled, Al Murrah, New Fereej Al Ghanim, Muaither, Al Sailiya, Mebaireek and Abu Nakhlah. The project is due by the third quarter of 2022. 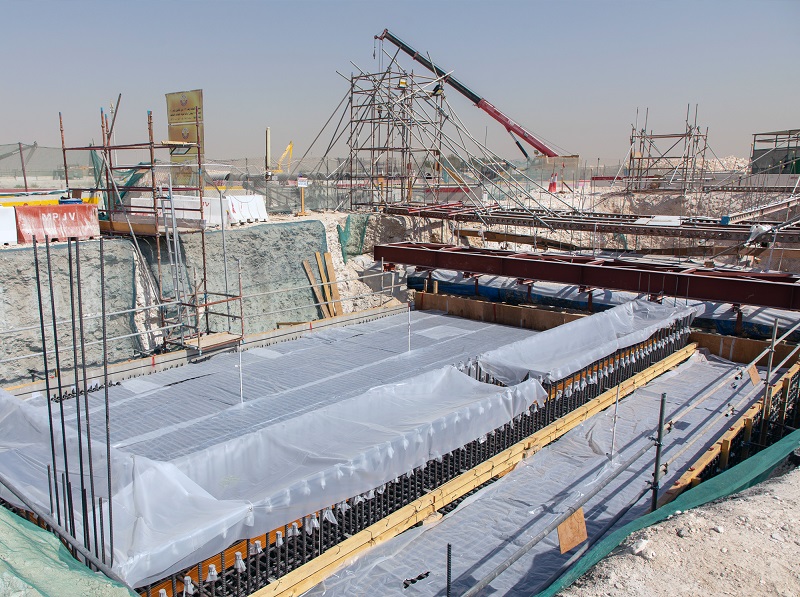 The works of the new intersection include construction of bypass roads and local roads with a total length of about 3km, in addition to construction of 3km of pedestrian paths and 3km of bicycle paths, whereas the area of tree plantation on both sides of the intersection is about 41,000 sqmt.

Mebaireek Interchange will contribute to improving traffic flow in the area, shortening journey time by 50%, accommodating more than 8500 vehicles per hour.

The upgrade project includes development and expansion of Khalid Bin Ahmed Interchange, converting the roundabout into a signal-controlled intersection to connect Salwa Road, Al Furousiya Street and East Industrial Street. It will enhance traffic flow accommodating 8,500 vehicles per hour instead of 5000, cutting mobility time to about 80%. The signal-controlled intersection will consist of six lanes with many entry-exit points, 2.8km long connection roads, besides tree planation over an approximated area of 10,000 square meters. 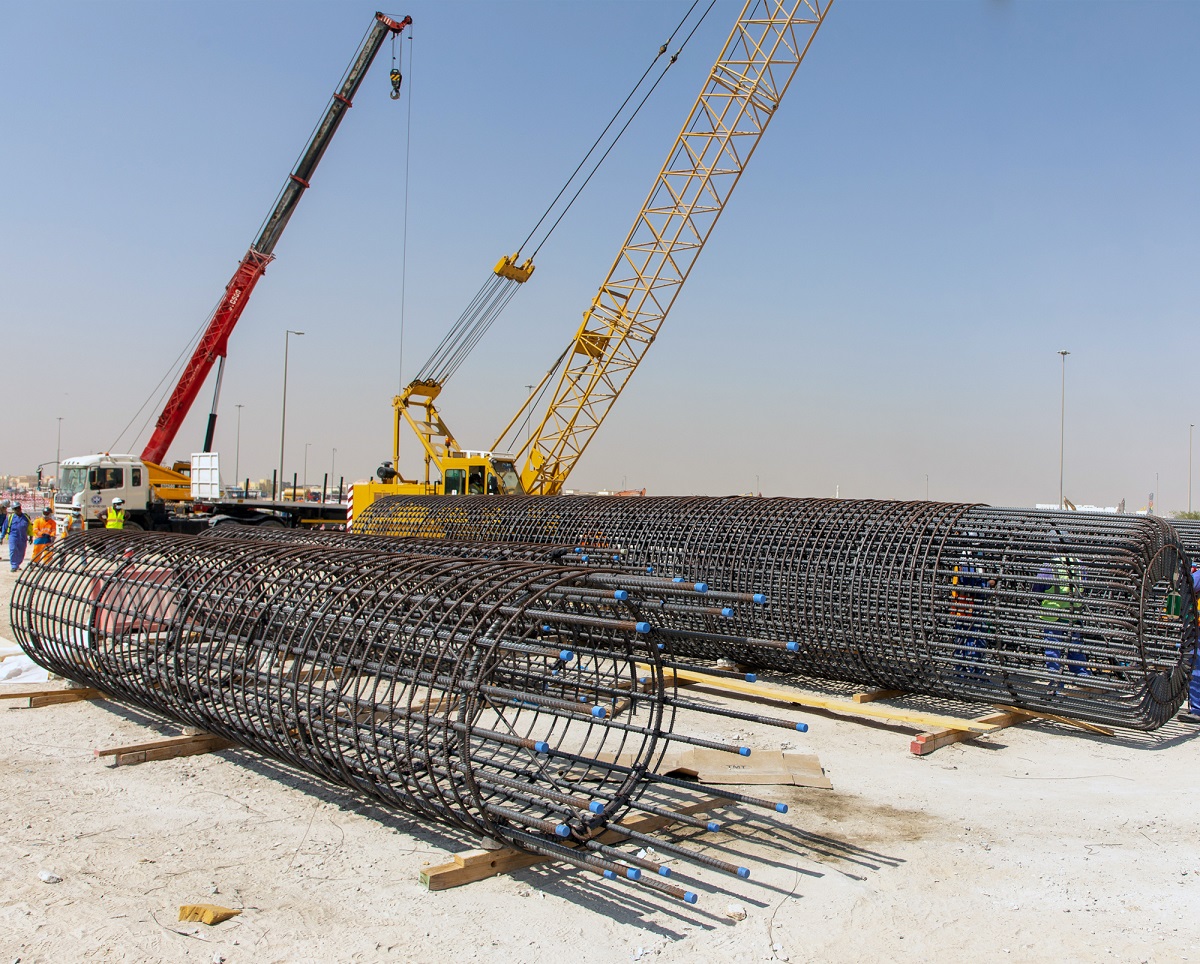 The new signal-controlled intersection will regulate traffic and provide more traffic safety instead of existing roundabout, with necessary expansion, which will facilitate connection of traffic between Salwa Road, Al Furousiya Street and East Industrial Street, and serve the residential neighborhoods in the area.

On this occasion, Eng. Noah Al-Joof from the Highway Projects Department at Ashghal explained prominent features of the project and it include distinctive construction methods such as use of precast steel beams to reduce closure of underpass at Al Furousiya and Salwa 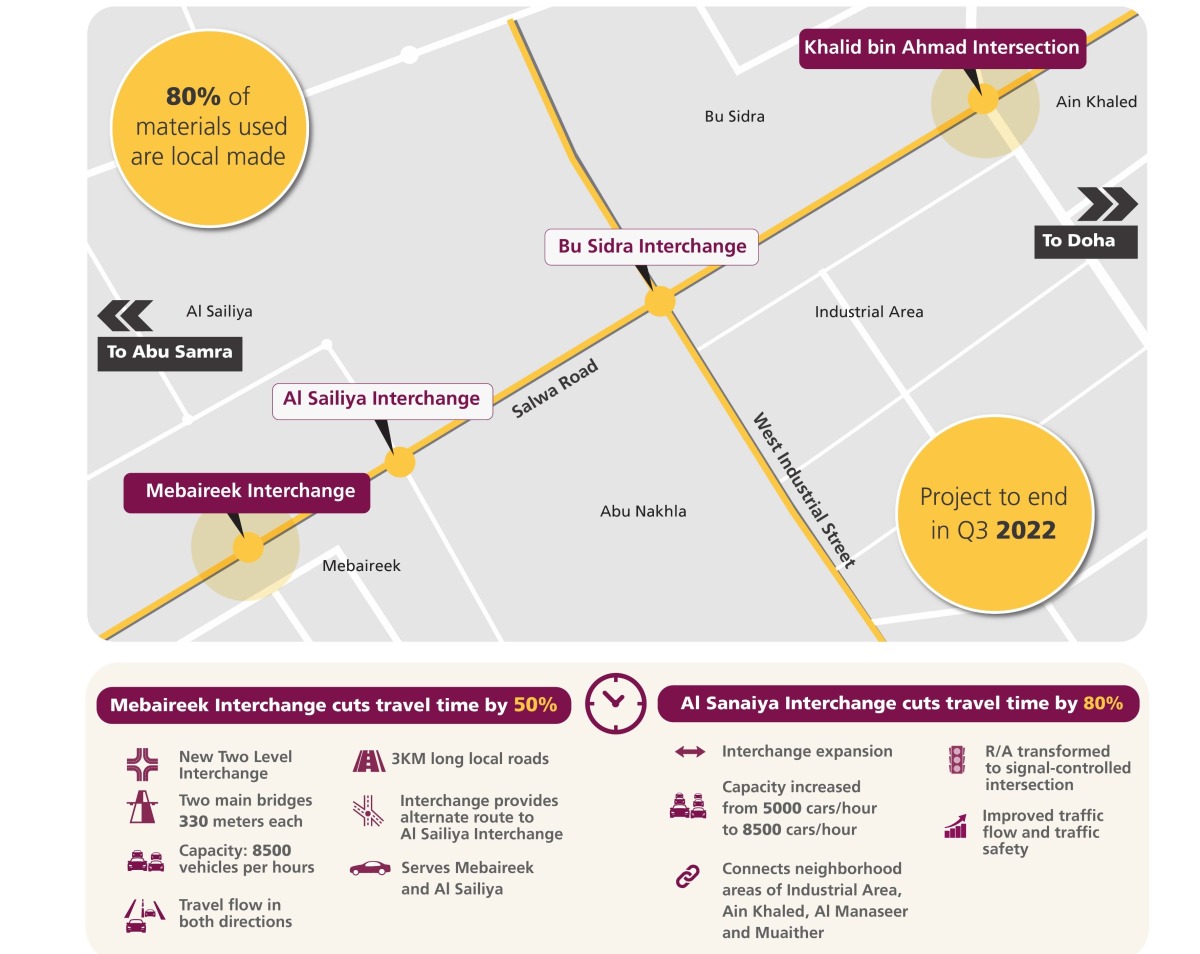 Mebaireek Bridge is also to be implemented in phases to avoid traffic closure before Salwa Road users. Whereas converting Khalid Bin Ahmed Interchange roundabout into a signal-controlled intersection reduces travel time to various destinations by approximately 80%, while construction of Mebaireek Bridge and several local roads connected to the new Mebaireek intersection will reduce the journey time to about 50%.

Engineer Al-Joof added saying, it is planned to rely on local materials and local manufacturers in the project work, as it will rely on local Qatari resources to supply materials such as lighting poles, traffic signs, sewage pipes, rainwater drainage pipes, asphalt and precast hard materials including manholes, concrete and steel. The target percentage of local components of the project is 80%, within the framework of Ashghal’s strategic initiative to support local manufacturers in accordance with the Ta’heel Initiative launched in 2017.

Eng Noah Al-Joof also noted that construction of Industrial and Mebaireek intersections will contribute significantly to enhance movement of passengers and goods, as they constitute a link between Abu Samra border point in the southwest and Hamad Port. It is also certain that Mebaireek Interchange will play major role during FIFA World Cup Qatar 2022 for fans arriving by road, as it is the only land route for neighboring countries to the State of Qatar.

He further added that allocation of pedestrian and cycling paths will encourage residents of neighborhoods to adopt a healthy lifestyle, and construction of a number of local roads on both sides of the interchange will contribute to ease traffic congestion and achieve improved traffic safety.