The Most Enjoyable Cars To Drive Around Town

Not every great car is an ultra-sleek, rear-wheel-drive speedster more suited to the track than the streets. In fact, some of the most well-designed and enjoyable vehicles are rather innocuous, though that can’t be said of them all. Take the Volkswagen Golf GTI, for example. It knows it’s fun to drive, but it doesn’t make too much of a show of it with overly aggressive grilles, flashy headlights, or unnecessarily large wheels.

These feisty town cars are all about packing the most fun into a tiny footprint that is affordable enough for the everyman. You may not get the longest list of features or record-breaking cargo capacity, and even the rear seats may not be the most spacious. However, you can be assured you’ll get a spritely engine, refined handling dynamics, and surprising livability.

While hatchbacks are not particularly popular in the USA anymore, having mostly been replaced by the larger, more practical SUV and crossover configurations, they are still seen regularly around Europe and Asia. Here are some of the best options within this niche segment: 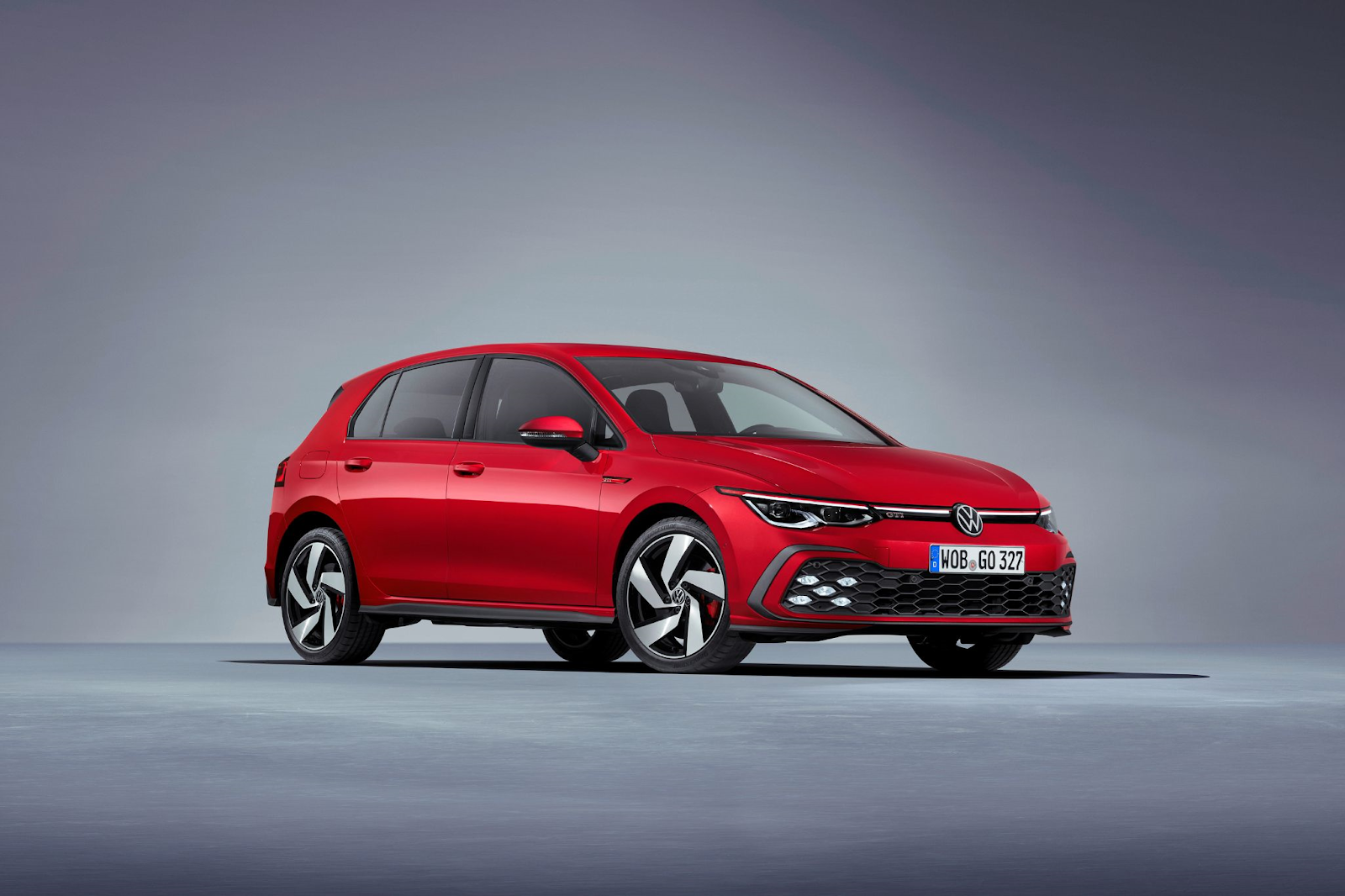 As mentioned, the Golf GTI is a prime example of a hot hatch. Immediately, it shows its desire to be engaged with by offering the choice of a manual gearbox, which comes tethered to a turbocharged inline-four engine that develops 245 horsepower and 273 lb-ft of torque. This allows it to launch from 0 to 60 mph in a brisk 5.9 seconds. This may not be supercar-level acceleration, but it’s quicker than your average commuter.

But, what really makes the VW so fun is its playfulness. Already a nimble driver, the new Golf benefits from a further enhanced driving dynamics control system - Vehicle Dynamics Manager. By independently managing the rear locking differential, it enables much more accurate control of the back of the car when you sling it around corners

Aside from its sporty aspirations, the GTI is also a high-tech vehicle. Standard features include a large digital instrument cluster and infotainment screen, navigation, lane keep assist, and automatic emergency braking. 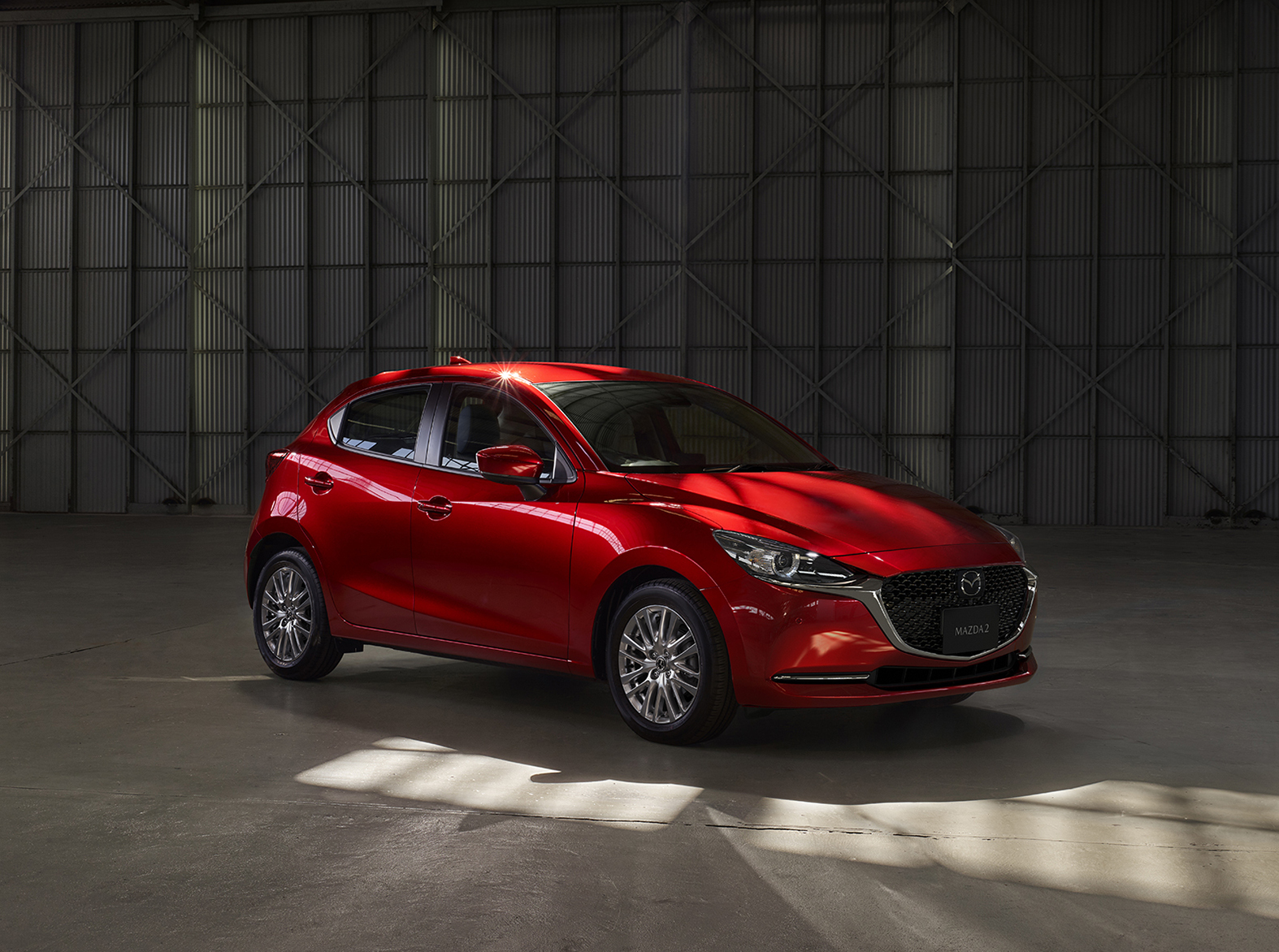 One of the smallest models from the Japanese automaker, the Mazda 2 is a really fun car for new owners. Apart from its low asking price, it comes with a comprehensive list of easy-to-use tech. The cabin is also quite spacious, giving it an advantage in comparison to some of its more laser-focused rivals.

However, the engine does disappoint a little, since it remains naturally aspirated in a world filled with turbochargers. This also means you can expect worse fuel economy, pushing up its cost of ownership. This doesn’t mean the Mazda is less enjoyable to drive, though. It will keep up with other hot hatches just fine thanks to its refined handling. 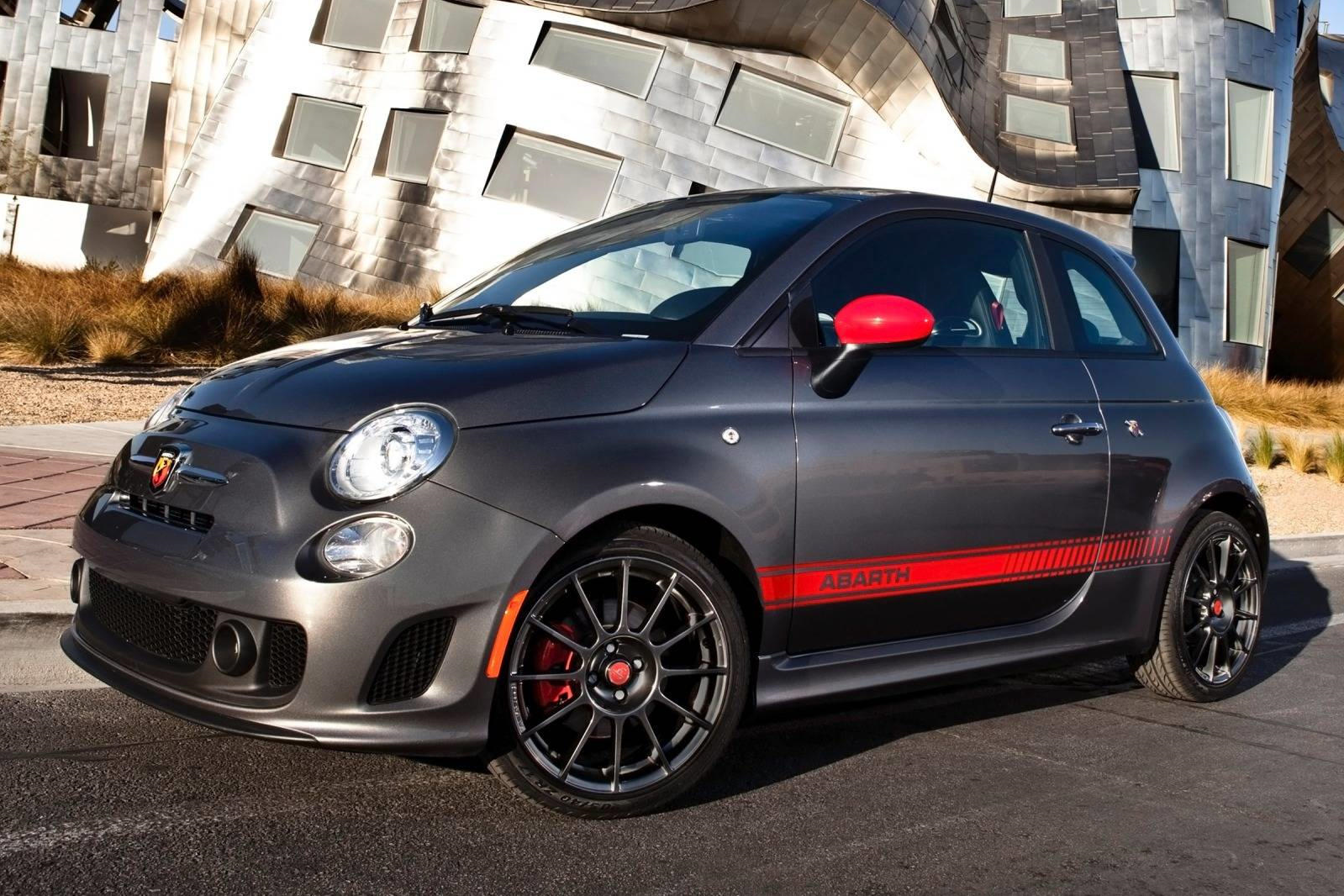 The Italian automaker has all but pulled out of the US, but its tiny vehicles remain popular in other parts of the world. The 500 Abarth is a performance-focused variant of the standard hatch, dialed up with a 1.4L turbo-four and five-speed manual box. It looks a lot more aggressive, too, with a larger grille, and a bespoke rear spoiler.

Pushed to its limit, the Abarth can reach maximum speeds of 130 mph, though it takes around seven seconds to hit the 60 mph mark. Luckily, its light weight and responsive steering more than make up for a lack of zest. The small wheels are nice and grippy, and the brakes are perfectly tuned. Flick the switch on sport mode and it becomes sharper and more precise.

The four-cylinder may not sound as good as a V6, but it does a good job of convincing you that the Fiat would feel comfortable on the track. For a little car, it has a lot of spunk, and the low starting MSRP is definitely compelling. 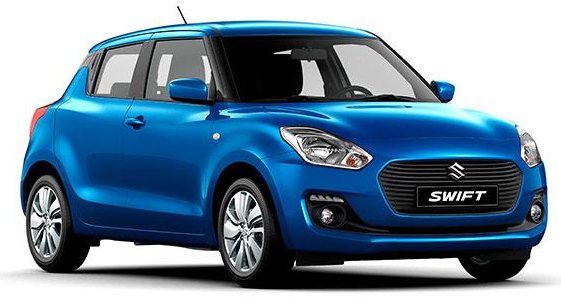 While the more appealing Sport variant is not available everywhere, even the base model Swift is nothing to sniff at. A 1.2L four-cylinder bestows it with 136 hp and 136 lb-ft, while you manually row the gears via a five-speed box, though a CVT is available.

This is definitely a no-frills hot hatch, with plain but appealing styling. In its latest iteration, it is lighter than before while retaining the same small size that makes it so dextrous around city streets. Acceleration is not as brisk as some may like, but the way it handles once it gets up to speed can not be questioned. This is a car that likes to have fun.

On top of all this, the Suzuki delivers respectable gas mileage for a non-turbocharged model, though its 9-cubic-foot trunk leaves something to be desired. It’s not overly laden with features, but you still get decent value for your money. Opting for a higher trim level might be a good idea if you like the extra bells and whistles.

More options than you think

When shopping for a new city-friendly car, you don’t have to restrict yourself to a hatchback. Even if your primary concern is fun, you can easily find a coupe or even a crossover that will fit the bill. You will have to resign yourself to the fact that you’ll need to pay a little more for these more stylish or more practical configurations, but they may stick with you a little longer as a result. Hatchbacks are great when you’re just starting out on your own, but as you grow up and grow closer to others, you may find yourself wanting your car to grow with you.

But, don’t think that just because you are trading in your spirited little Swift for a more responsible SUV that you need to stop having fun. There are plenty of vehicles within every classification that know how to balance the two factors; you just need to know where to find them.