• The initiative aims to highlight celebratory activities in preparation for FIFA World Cup 2022™.
• Participants in the competition will have the opportunity to apply within three categories that include government and private entities, schools, universities, kindergartens, and municipalities. Moreover, citizens and residents can participate by decorating their houses and residences.
• Registration will soon be opened in the website of the initiative: https://Zeeenah.ashghal.gov.qa
• Initial participations and ideas will be received during the period from July 1st until August 31st from this year.

The Supervisory Committee of Beautification of Roads and Public Places in Qatar launches “Zeeenah” initiative under the slogan “Let’s celebrate” in the aims of beautifying and decorating facades of workplaces, schools, universities and real estate, in addition to the plazas, parks, and public developments in the occasion of Qatar’s hosting of FIFA World Cup 2022™. This is in cooperation with the Supreme Committee for Delivery and Legacy, Ministry of Municipality, Ministry of Education and Higher Education, Ministry of Culture, Qatar Museums, and Central Municipal Council. The launching took place during a press conference held Wednesday, June 22nd, 2022 in the Public Works Authority’s building.

The initiative aims to highlight the celebratory activities in preparation to host FIFA World Cup 2022™, and to encourage government and private entities, educational institutes, municipalities, and community members to express their celebration and promote for this major event. This is in line with Qatar’s efforts to present the best celebratory image in welcoming the visitors.

The initiative consists of two main activities, the first one is the participation of all people including citizens and residents in decorating their facilities or their residential units, and the second is a competition for three categories in the country to decorate their facilities in a way that reflects the sport event.

Participants in the initiative will have the opportunity to apply within three categories that include government and private entities, schools, universities, kindergartens, and municipalities.

The winners of the first three places for schools and kindergartens for each of the following age groups (kindergarten, primary, preparatory, secondary, combined schools) will receive financial rewards as follows:

• The winning universities in the first three places will receive financial rewards that amount to 60,000, 50,000 and 40,000, correspondingly

For those wishing to participate, please visit the website of the initiative https://Zeeenah.ashghal.gov.qa and follow the steps mentioned for registration while adhering to the terms, conditions, and guidelines of the initiative until the participation is accepted, as the registration will be through two steps: the first step is the pre-implementation stage where the participant will be able to propose decoration proposals in a descriptive manner illustrated by pictures.

Participations of citizens and residents will be received in the period during July 1st until November 17th, as they can participate in the initiative by decorating the facades of buildings, boundary walls, outdoor areas and implementing artwork, drawings, decorative lightings, and other decorative works provided while conditions, terms and guidelines related to the participation are followed.

As for the competition, the three categories can participate in it by decorating the facades of buildings, boundary walls, outdoor areas and all their facilities and locations, provided while the owner’s approval is obtained, through the implementation of artwork, drawings, decorative lighting, and other decorative works, which also follow certain guidelines. In this context, the organizing committee has set a set of terms and conditions where the rules of the competition do not allow the use of the World Cup logos and branding, or logos representing famous brands, with the possibility of using the names and flags of the countries participating in the tournament or the shirts of players of the participating teams or themes related to football and sports. 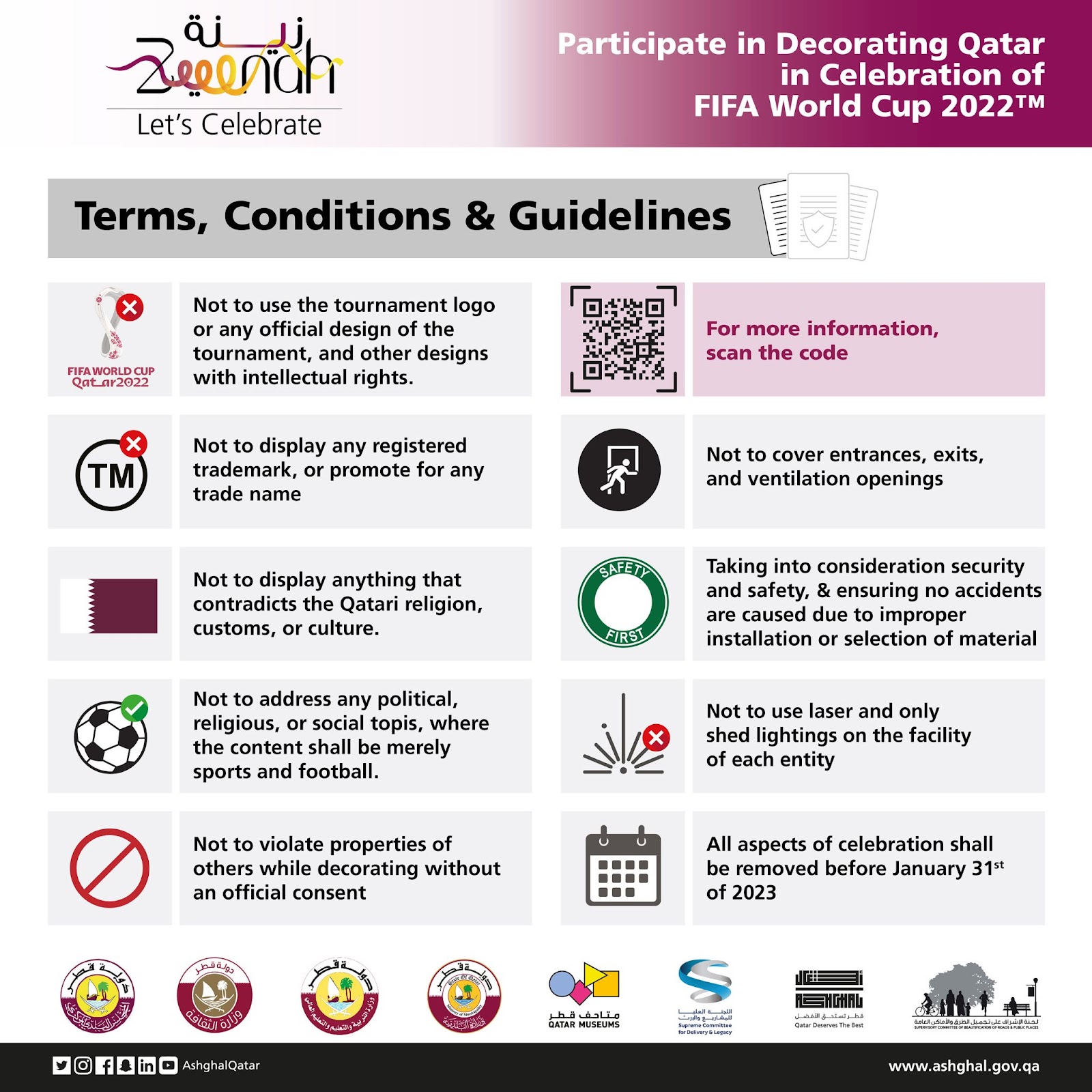 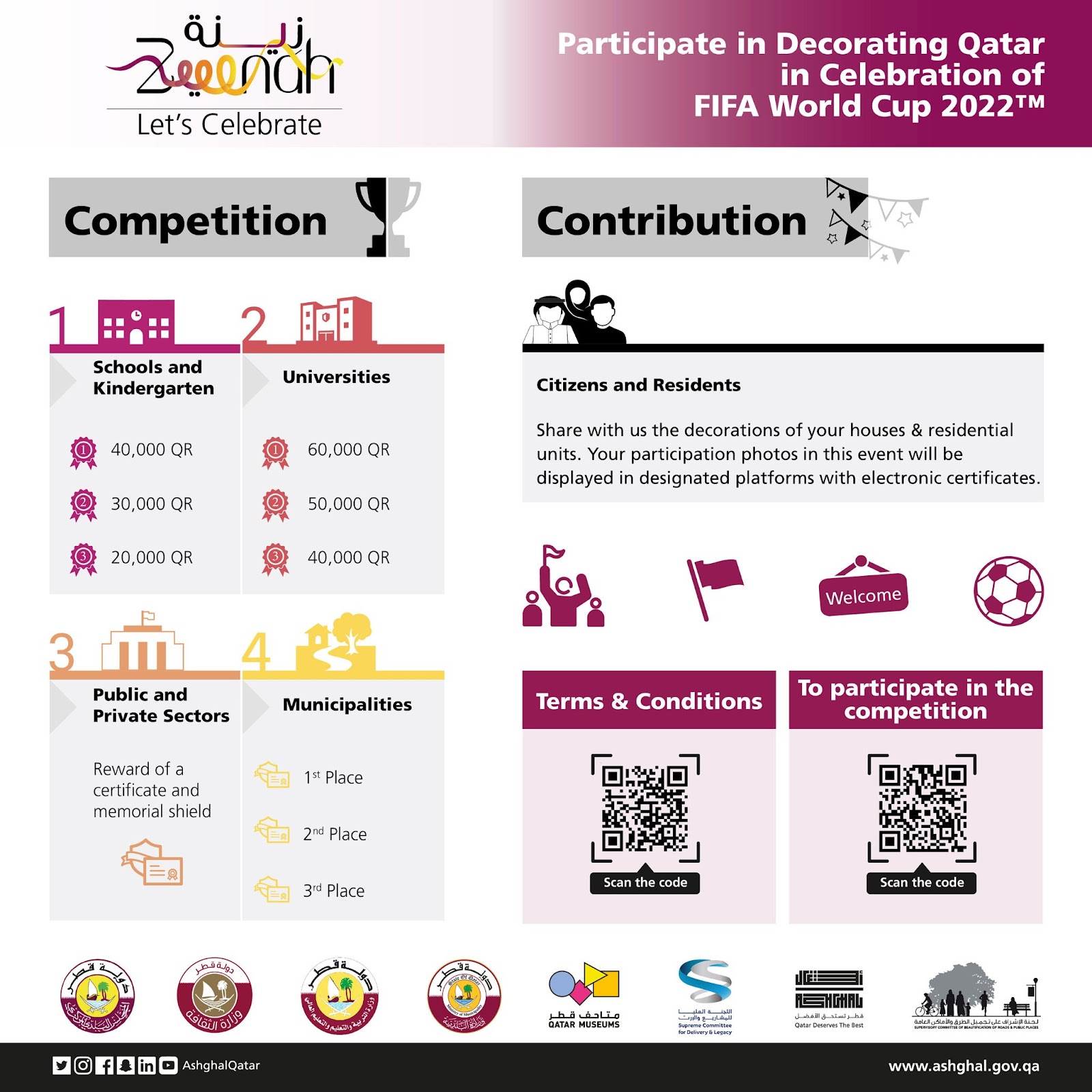 The jury committee consists of members from each participating entities (Public Works Authority, The Supervisory Committee of Beautification of Roads and Public Places in Qatar, Supreme Committee for Delivery and Legacy, Qatar Museums, Ministry of Education and Higher Education, Ministry of Municipality, Ministry of Culture, and Central Municipal Council), as the suitability of the participating forms with the competition criteria will be evaluated by the committee, and the winners will be announced in January during the closing ceremony.

On this occasion, Eng. Mohammed Arqoub Al-Khaldi, Chairman of Supervisory Committee of Beautification of Roads and Public Places in Qatar, and Chairman of the Organizing Committee stated that, the initiative contributes in the enhancement of the civilized image of Qatar and raising the nation’s image for World Cup 2022 guests and visitors, which is a responsibility of the various state institutes, citizens and residents, and by the cooperation of all society categories, we can make it evident to the world that Qatar is capable of organizing an exceptional version of FIFA World Cup 2022™, that will remain memorable to everyone. 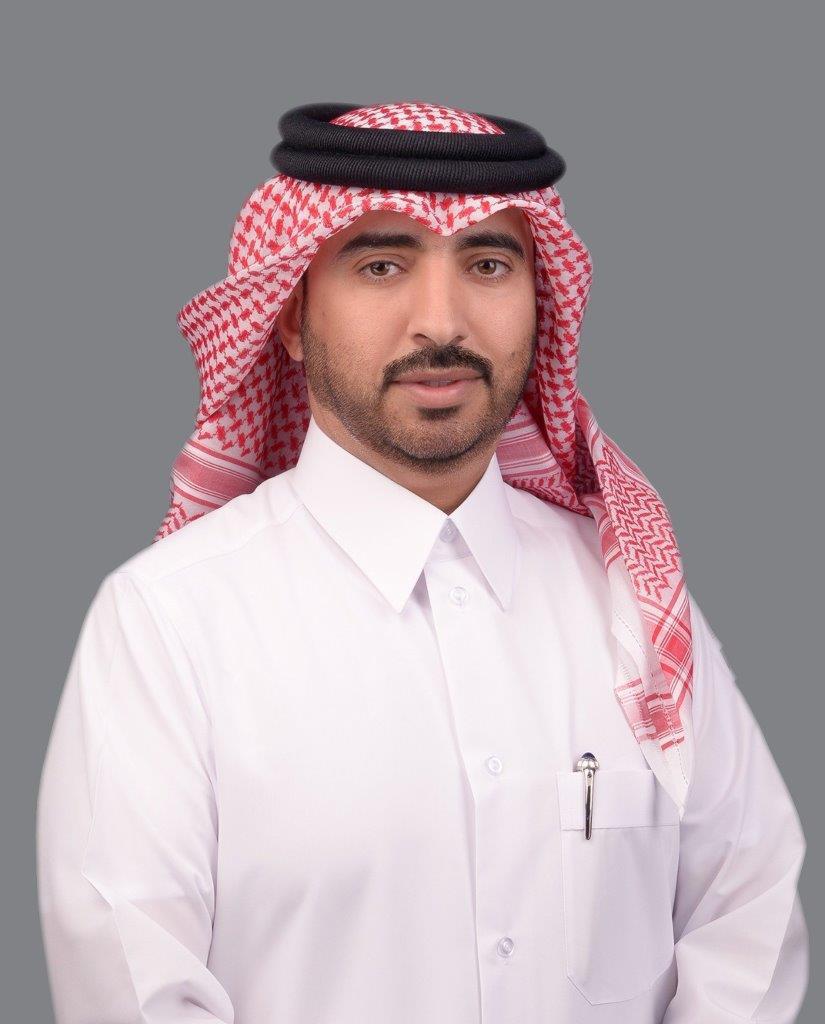 To mark the occasion, Khaled Al Suwaidi, SC Stakeholders Relations Director in the Supreme Committee for Delivery and Legacy said: “We look forward to the Zeeenah competition setting the stage for guests from around the world to visit Qatar and take in the amazing atmosphere of the World Cup. By working with our partners, we will be able to invite everyone into the beating heart of this tournament, which is being held in the Arab world for the first time.” 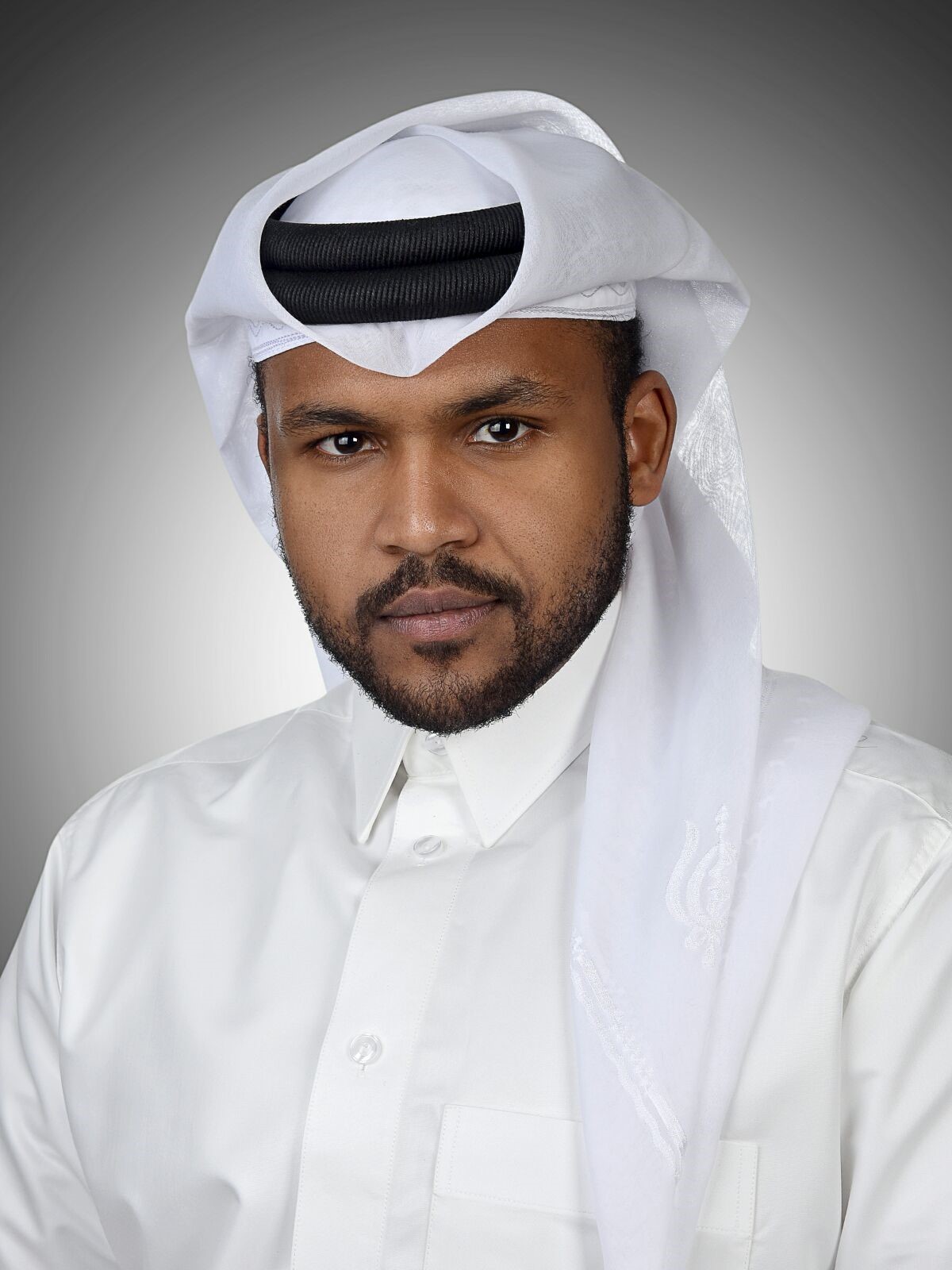 Dr. Fayqa Ashkanani, Manager of Public Relations in Ministry of Municipality said that: we are pleased to support efforts of the country to turn World Cup into a special event from all aspects, and this is providing support to the façade decorations of houses, public buildings, schools and plazas that is in line with the Qatari culture and identity, and reflects on the citizens’ interests in sports, and their contribution to the sport, social or national events in the country. 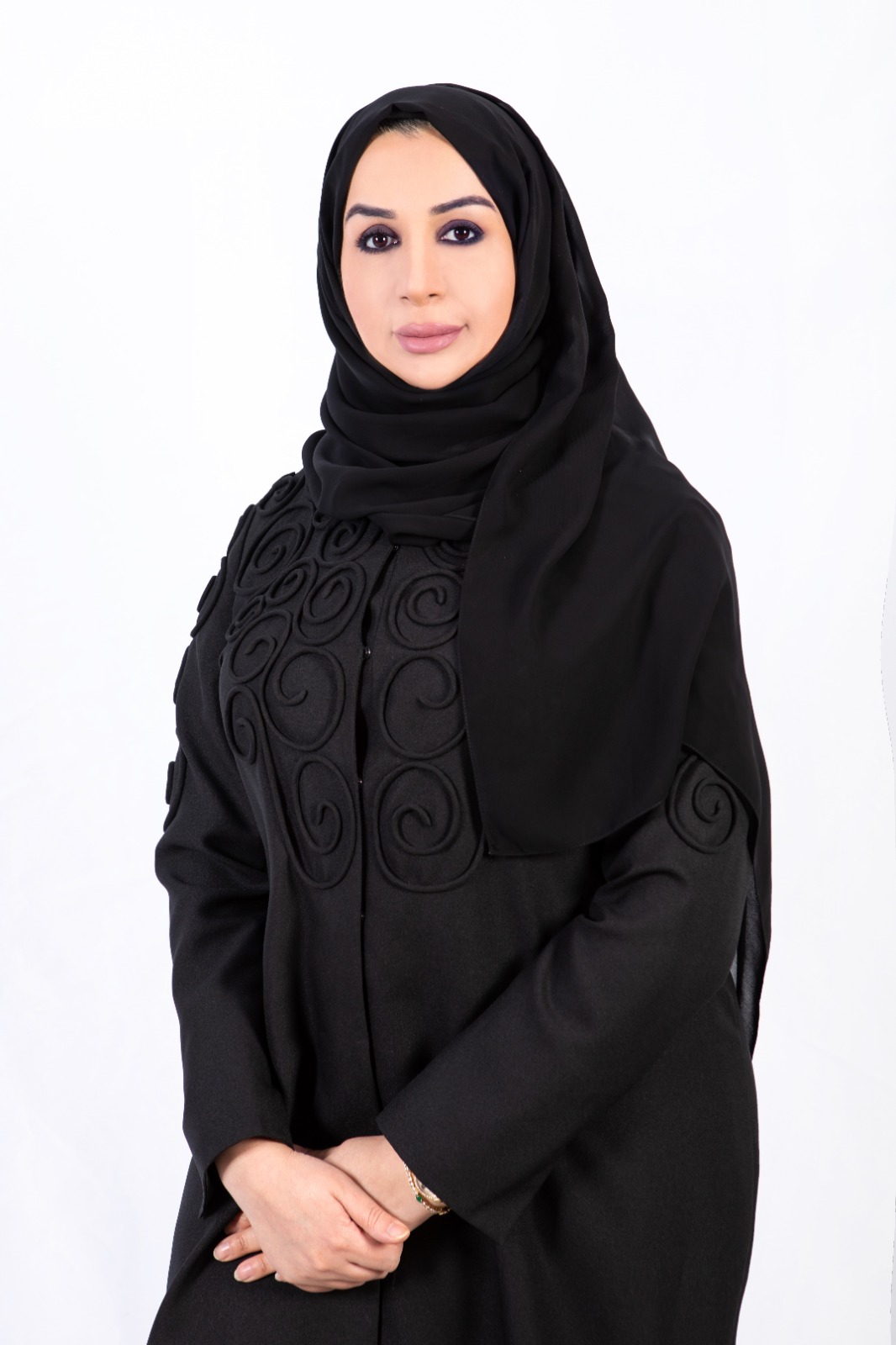 Mr. Ali Jassim Al-Kuwari, School Affairs Director: The ministry has never hesitated to support initiatives that are supporting the major event at the level of the region and the world, and we are pleased that schools and universities have an effective role in this event and to be granted the honor of participating in FIFA World Cup 2022™, organizing. 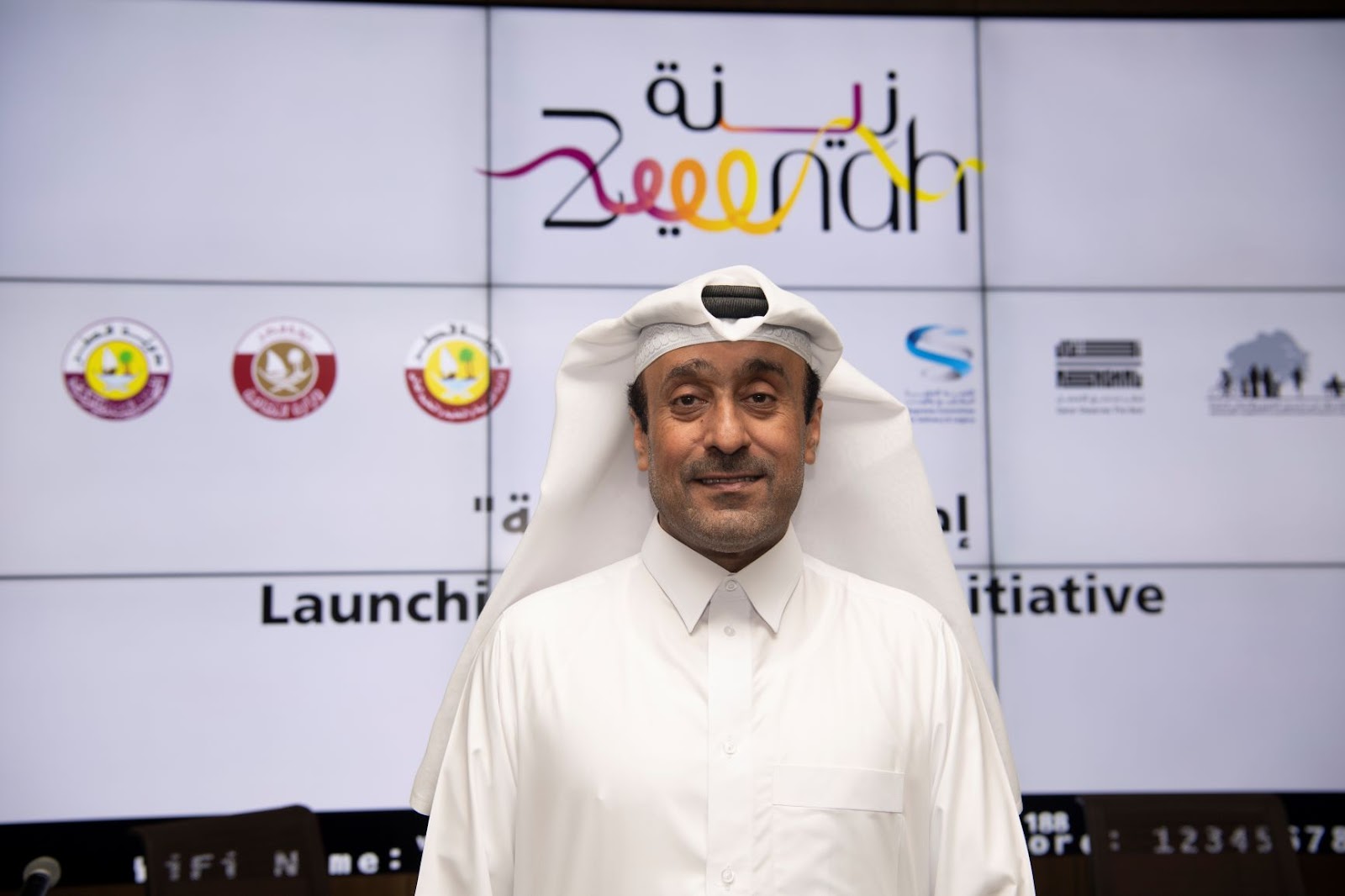 Ms. Huda Al-Saadi, Manager of Visual Arts Department in the Ministry of Culture stated that: “Qatar has a great historical and cultural legacy, and in turn, the initiative aims to highlight this legacy to visitors of FIFA World Cup 2022™, as cooperation between various entities significantly contributes to forming the social and cultural legacy aimed to be created for the future generations and to promote communication bridges and harmony between people”
Arch. Abdulrahman Al-Ishaq, Director of Public Art in Qatar Museums said that:” through our participation in this initiative and all societal initiatives, we aim to provide the best experience for the World Cup fans and introduce them to the art and culture of Qatar, to be able to provide a cultural experience that reflects on the civilized image to the entire world.

Mr. Affan Al-Shamlan, Director of Studies and Development Department in the Central Municipal Council stated that “the constructive cooperation between participating entities in the competition aims to serve the nation and contribute in providing a unique experience that honors Qatar and the entire region, and in our role in the Council, we are working to harness our potential to achieve the world’s most prominent event from all aspects”. 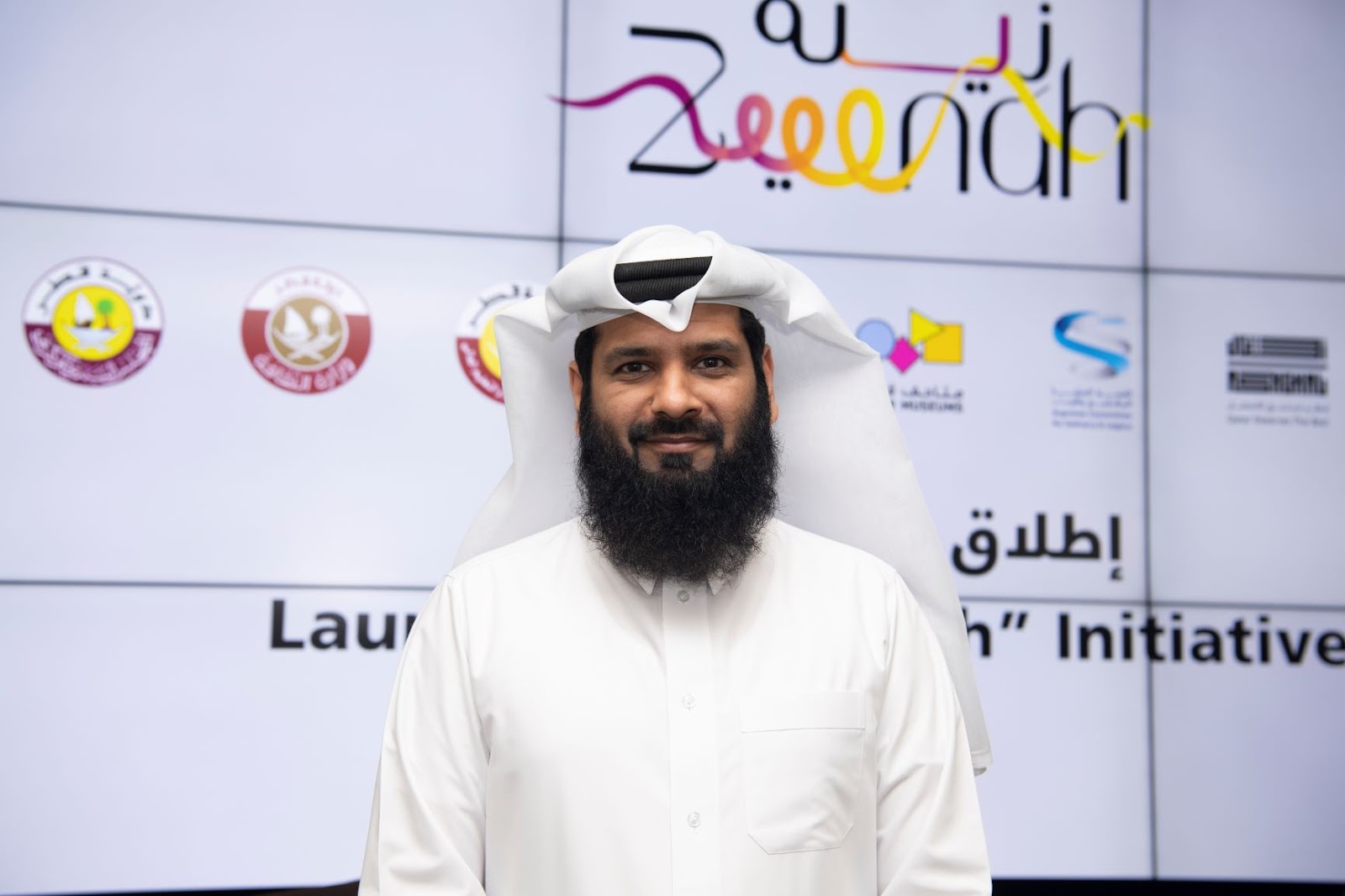