Martin Adler, a World War II veteran, reunited with three siblings in Italy, nearly eight decades after he nearly opened fire on them while he was hunting Nazis.

A World War II veteran was reunited with three siblings in Italy, nearly eight decades after their paths crossed while the American soldier was hunting Nazis.
In 1944, Private First Class Martin Adler was 20 years old and stationed in Italy. He was searching for Nazis when, suddenly, there was movement from a pile of blankets.

"I had my good old Thompson submachine gun," Adler said, adding that the safety was off.

But before he could pull the trigger, a woman ran out. "Mama came out screaming, 'Bambini, bambini!'" Adler said, using the Italian word for children. "And she stood in front of my gun, preventing me from [shooting]."

Adler said he cried at that moment because he "didn't hurt the children." 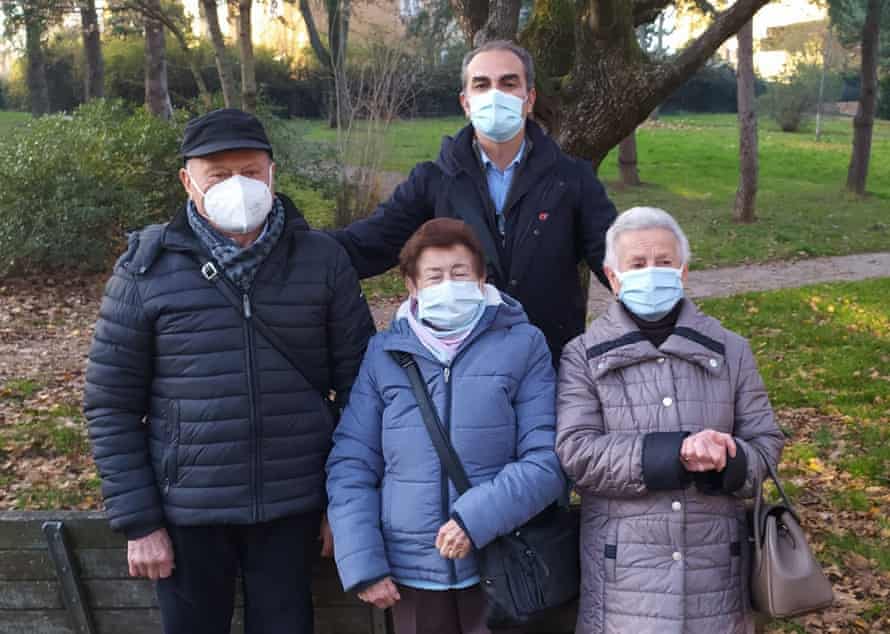 Adler, now 97 and living in Florida, took a photo with the children and gave them chocolates — the same kind he brought with him when they reunited 77 years later.

Trying to cheer up her father during the COVID lockdown, Adler's daughter, Rachelle Adler Donley, and local Italians had tracked down the siblings.

The reunion with Bruno, 82, Mafalda, 81, and Giuliana, 79, took place at the Bologna airport, where Adler flew with his wife, Elaine, and several of his children, including Donley.

"He just lit up, just seeing the kids," Donley said. "It means everything to him."

One of the Italians who played a vital role in making the reunion happen was Matteo Incerti, a local historian who helped Rachelle find the three children and went on to write a book about it.

"Now, after I told the story of Martin in my book and his dream was to meet the kids, and today it became true," Incerti marvelled to CBS News, calling it "like a tale of peace — a tale of life" to emerge from the horrors of war. "After 77 years, it becomes really, really incredible."

"What do you think that was that made you stop?" CBS News asked him.